In photos: life after war for Uganda’s former child soldiers

Uganda is known as the Pearl of Africa because of its unmatched natural beauty. Yet, away from the idyllic safaris that draw more than a million tourists a year to the country, is a deep and lasting trauma.

In the north of the country, thousands of children were snatched by the Lord’s Resistance Army (LRA), led by Joseph Kony, since its inception in the late 1980s.

Life with the rebels was violent and dangerous. The group would roam from place to place, terrorising villages as they moved across the country. Murder, abduction and mutilation became the norm.

The LRA was forced out of Uganda in 2005, into South Sudan, the Central African Republic and the Democratic Republic of Congo. But the legacy of that conflict remains for the former child soldiers who have to forge a new life in the communities they once terrorised.

This traumatic history, alongside high rates of HIV and AIDS, has left a large number of orphans, and a generation of young people trapped in extreme poverty.

Photographer Simon Murphy travelled to Uganda with the Scottish Catholic International Aid Fund (SCIAF) to document how the lives of former child soldiers are changing.

Help includes providing counselling and teaching young people effective techniques for growing food, so they can provide for themselves and their families.

SCIAF also supports similar programmes for refugees from South Sudan, vulnerable young people and those affected by HIV and AIDS.

Patrick, 22, was a child soldier. He was born in the bush after his mother was kidnapped by the LRA and forced to marry a rebel commander. Patrick was made to kill a man when he was just nine years old. 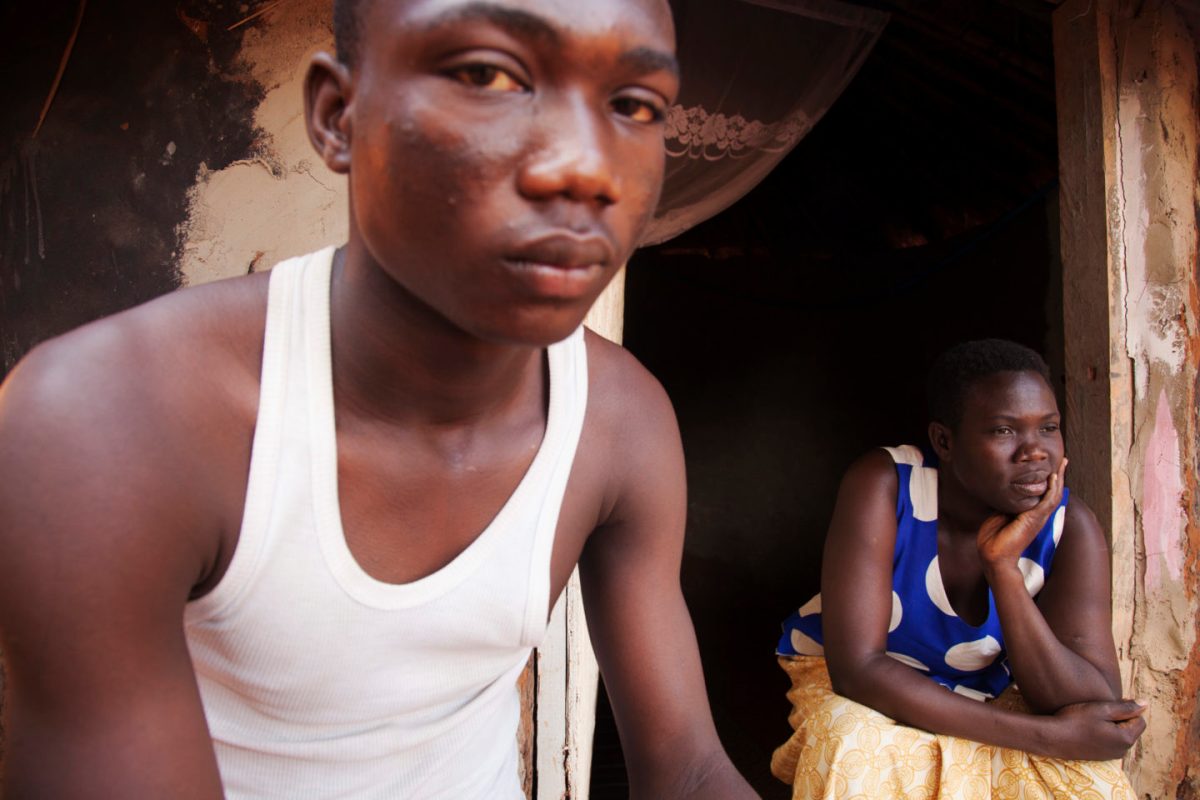 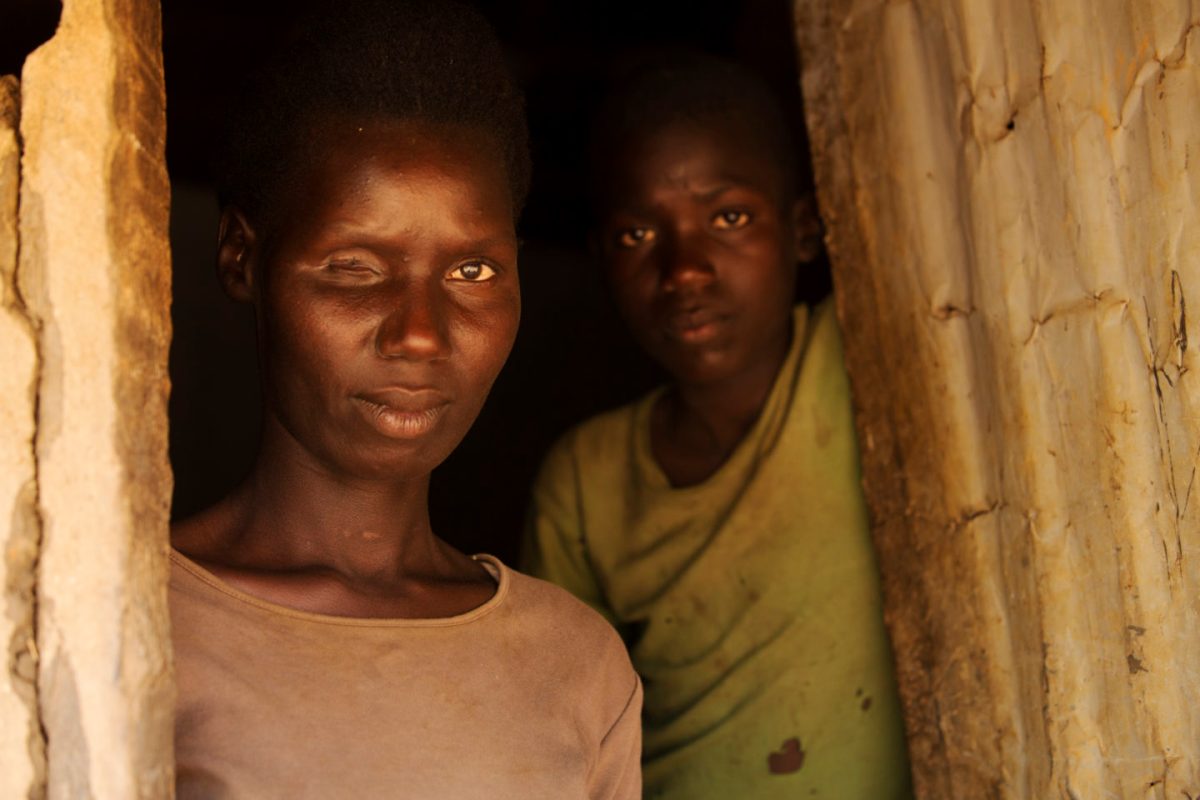 Stella was abducted by LRA rebels when she was ten years old. When Stella was thirteen, she was given to a commander and told she must become his wife. He raped her every day. When she was 14 she gave birth to her son Godfrey.

Doreen lost the sight in her right eye after she was beaten by the man she was forced to marry. She discovered she was HIV positive a year after she escaped from the rebels.

Children play in Gulu. The district was the location of much of the fighting between the Ugandan army and the LRA. 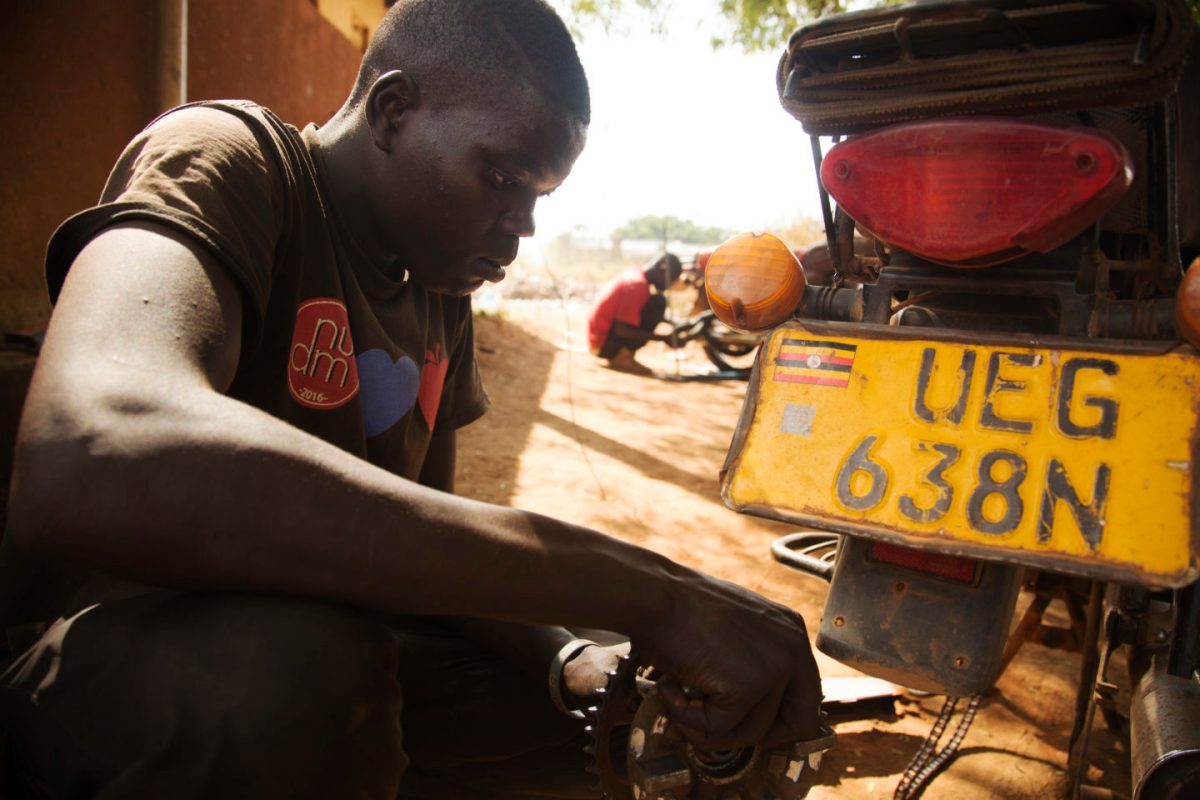 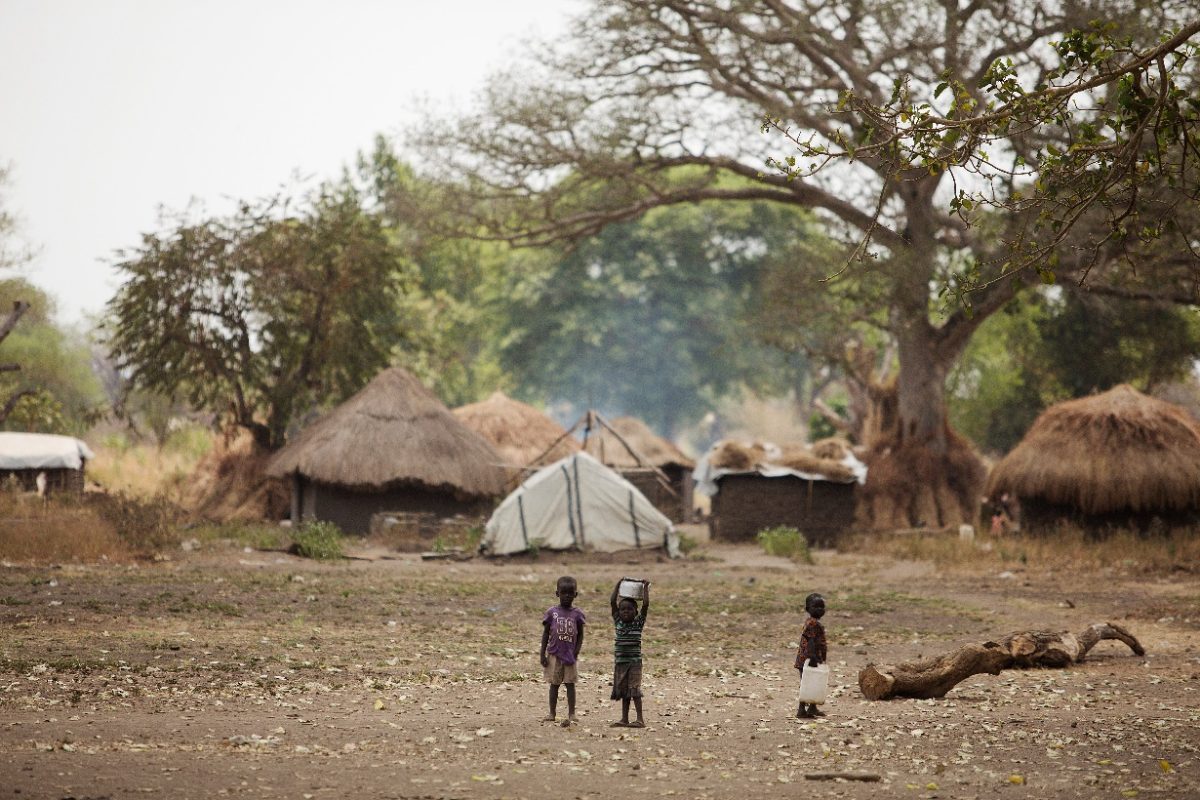 The brutal civil war in neighbouring South Sudan has forced around a third of its 12 million population to flee their homes. Palorinya refugee settlement is home to more than 160,000 people.

Mary, 61, fled South Sudan after her brother was shot and killed. She sits beside the grave of her daughter, who died at the camp following an epileptic fit.

SCIAF is funding a programme at the camp to teach vocational skills. The students from this tailoring class are given their sewing machines to keep, so they can continue to earn a living. 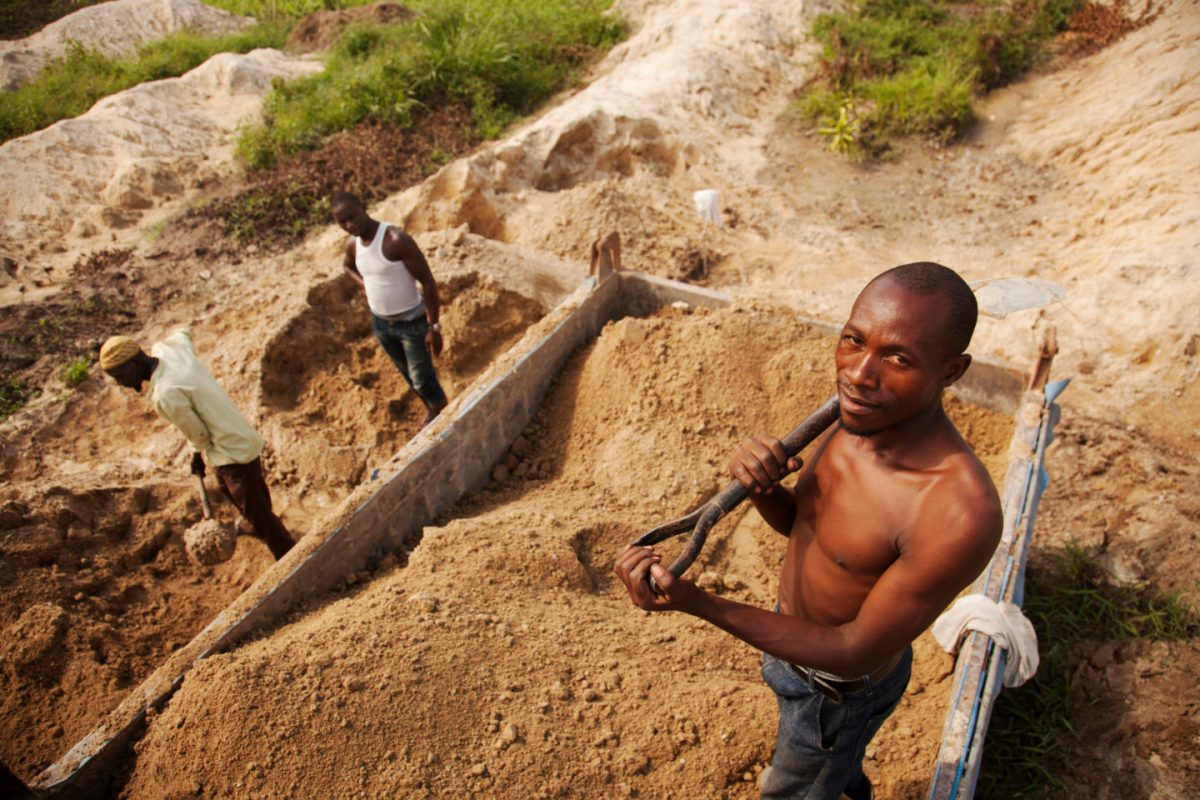 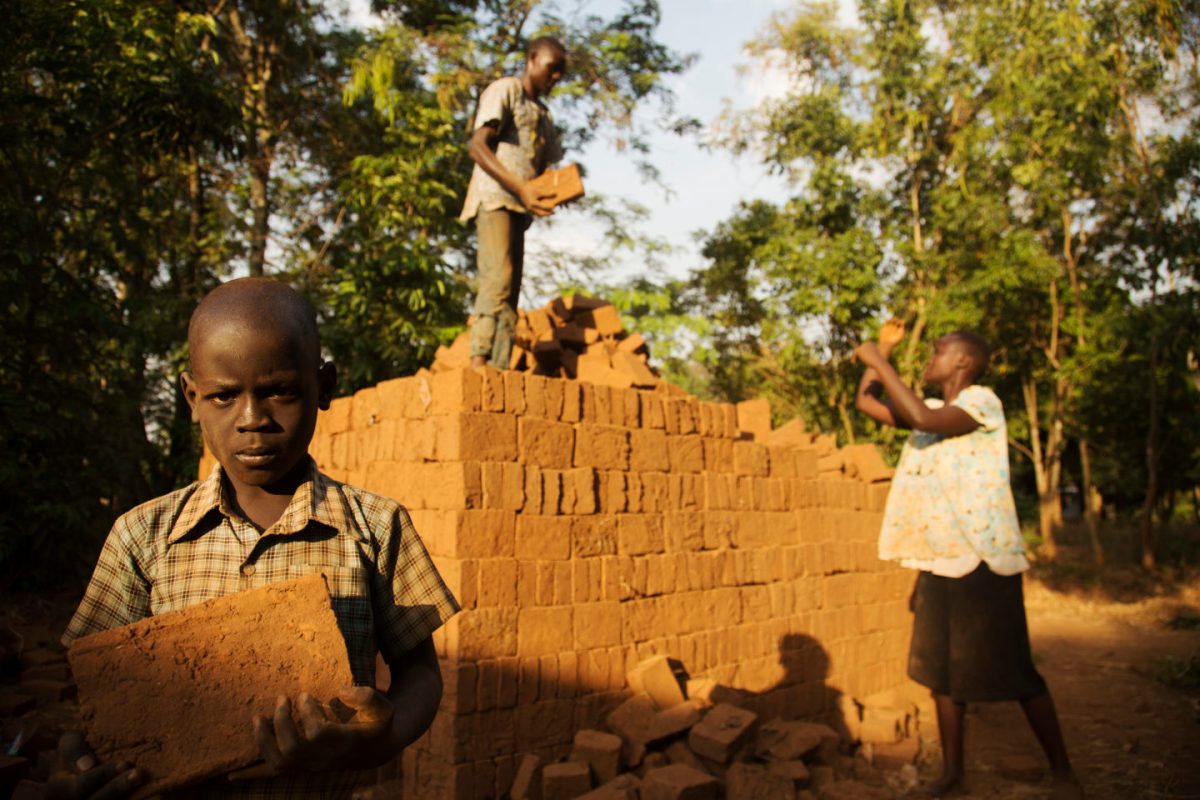 At this sand mine in Lugazi district, Christopher, 26, used to earn around 74p a day digging for seven hours in the brutal heat. After receiving farming training, he now runs several successful businesses.

Sand from mines like the one Cristopher used to work in is used to make bricks.

Mother of five Lydia received tools and training in sustainable farming techniques thanks to funding from SCIAF. Her crops were so successful she earned enough to pay for a hairdressing course, and now owns her own salon.

Lydia’s daughter Rehanna collects water for her family. The well was paid for thanks to donations from Scotland.