Squid trawlers have been accused of “sticking two fingers up to the Scottish Government” by entering protected waters off the Berwickshire coast where minke whales and dolphins have been sighted.

Four fishing boats were observed and photographed there earlier this month but environmental campaigners claim that Marine Scotland has failed to take enforcement action.

Fisherman claim they need access to the area “to turn and reverse their tows because of the proximity several wrecks in the area” and have written to Marine Scotland requesting permission.

The waters are within one mile off the coast of St Abbs and Eyemouth, an area protected under legislation which prohibits trawling or dredging.

Reefs, caves and kelp forests harbour soft corals, sea anemones and a huge variety of fish including the arctic wolfish – one of the only places it can be found in UK inshore waters.

These waters also support seals, dolphins and whales and provide nursery grounds for commercially important species such as the edible brown crab, lobster and squid.

Between 8 and 14 October 2019, four vessels were observed within the St Abbs and Eyemouth static gear reserve.

Campaigners say that Marine Scotland was informed of the incursions on 10, 13 and 14 October. The body tasked with protecting Scotland’s waters has also been supplied with photos and a video of vessels within the static gear reserve.

The area is cited for protection under the Inshore Fishing (Prohibition of Fishing and Fishing Methods) (Scotland) Order 2004.

Marine Scotland was informed that on 14 October a vessel called the May Queen – DE35 – was photographed travelling north past St Abbs Harbour within a mile of the coastline, with its lights off and nets in the water.

It is unclear whether these boats were trawling despite repeated requests by The Ferret to fishermen’s organisations for clarification and comments. 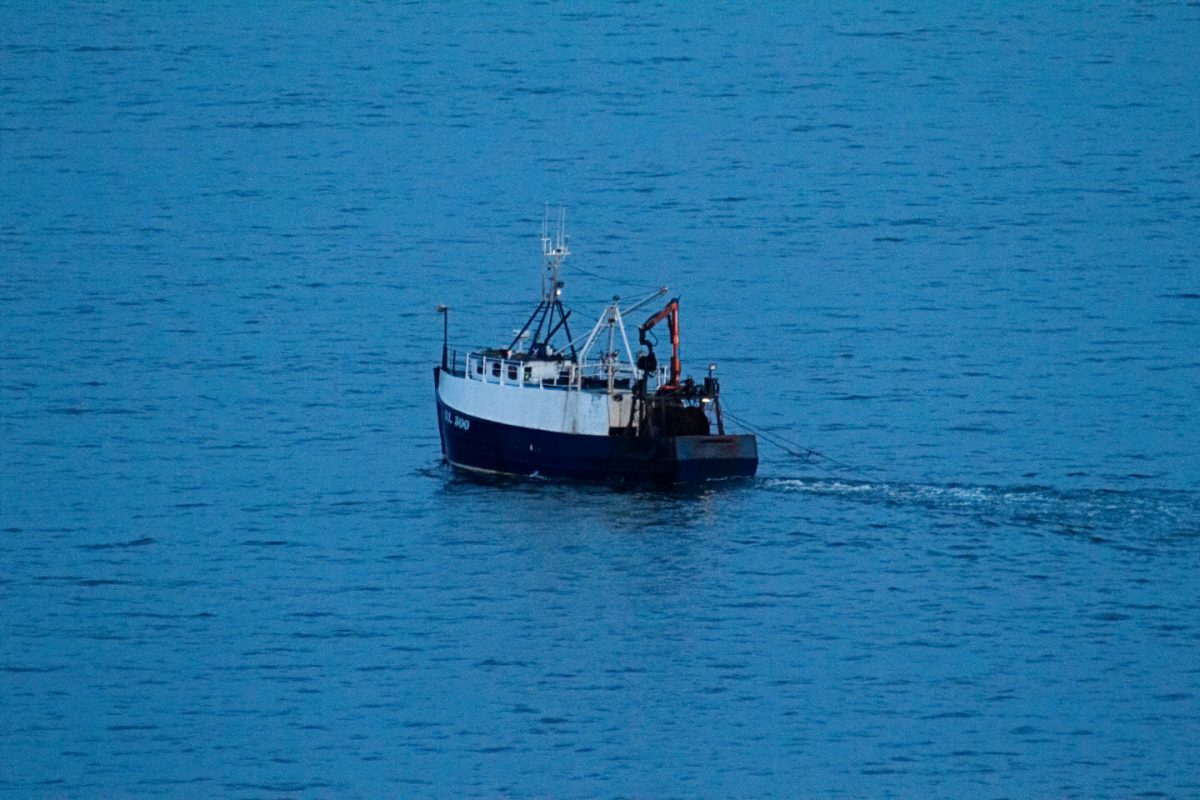 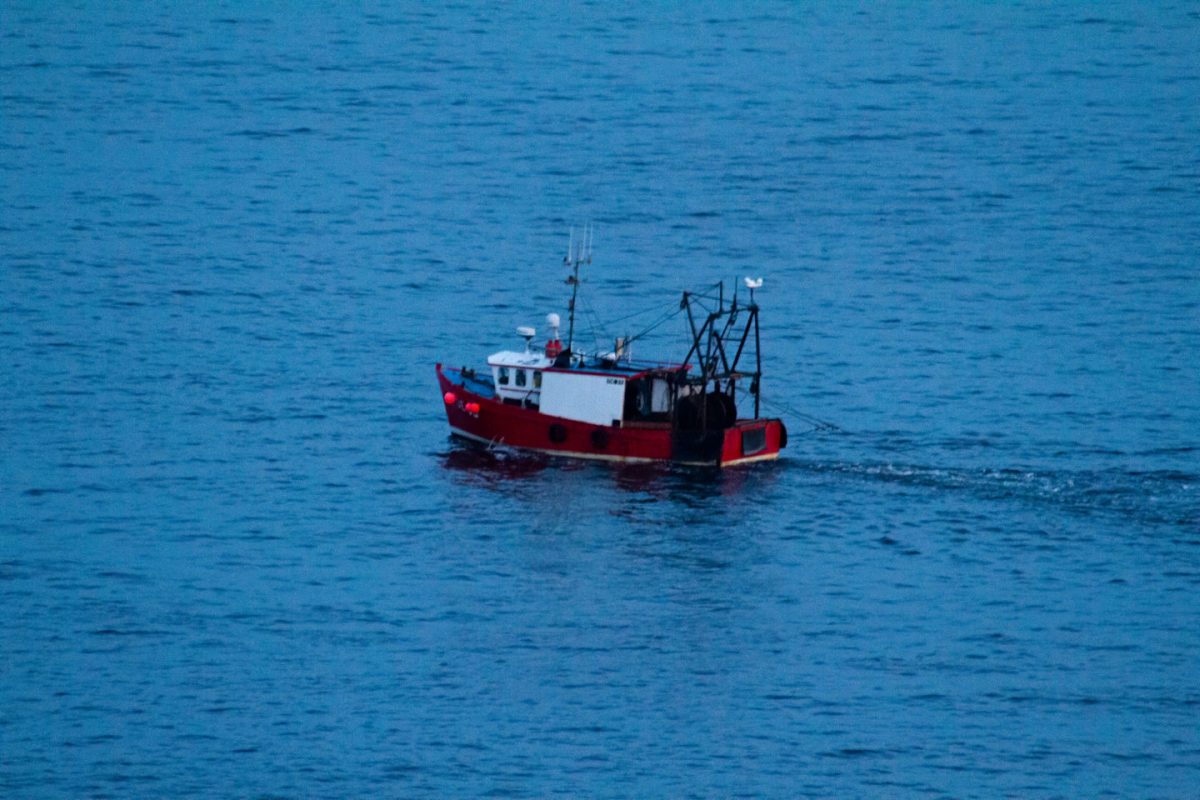 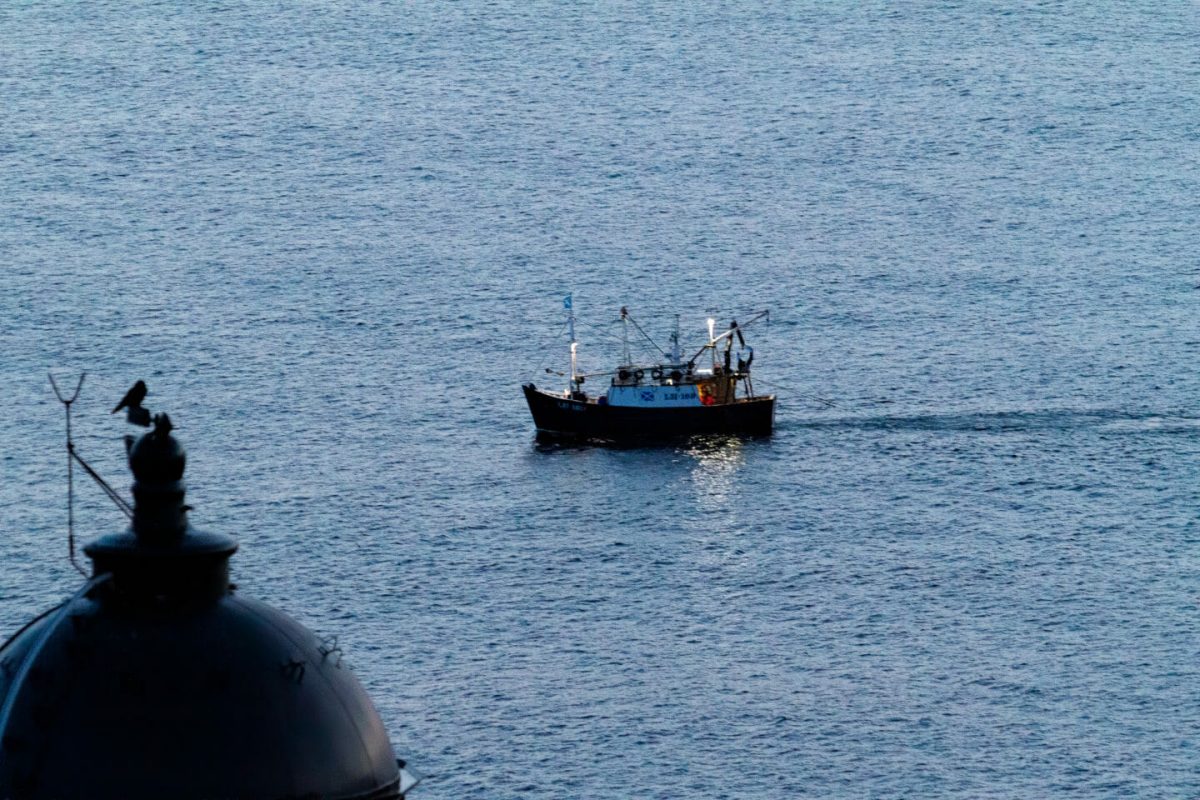 The Arcturus UL 300, the May Queen DE35, and the Endeavour LH169 were photographed in the reserve

Charles Clover, executive director of Blue Marine Foundation, said his organisation was “incredibly disappointed” with Marine Scotland and accused it of having “done nothing” in response to reports of incursions.

He added: “Blue has been working with the local fishing community and other stakeholders in Berwickshire to manage a marine protected area which benefits everyone: fishermen, divers, tourists and nature conservationists. We are keen to assist all sides of the fishing community to work sustainably and legally.

“We are incredibly disappointed by Marine Scotland. You would expect Marine Scotland to warn these skippers, then step in if they broke the law. Instead they have done nothing. They should be ashamed. If Scotland’s seas are to be safeguarded for everyone, this cannot go on.”

Nick Underdown of Open Seas, said: “Scotland’s coastal seas are being robbed by the selfish actions of a hard-core of fishermen, who are flouting the law. The government has been aware of this issue for years, and yet no enforcement actions have curbed this activity.

He continued: “Incidents like these are all too common and the current approach to fisheries management has become increasingly dysfunctional. Marine Scotland is chronically under-resourced and it is the public purse and the environment that is taking the hit. These fisheries are a community and public resource, and they should be managed in their best interests, not for the private gain of a few greedy fishermen.”

James Evans, president of the Anglo Scottish Fishermen’s Association, said that two of the vessels photographed within the protected area belonged to his organisation although he did not disclose the names of the boats concerned.

He also said that a letter has been sent to Marine Scotland requesting official permission for vessels to enter a restricted area close to St Abbs because they need access to the area “to turn and reverse their tows because of the proximity of several wrecks in the area”.

Evans continued: “Squid are present in this area between August and October. It has not been fished for some years. The fishery runs along the edge of the Berwickshire Marine Reserve and to allow for vessels turning it was agreed that there should be a corridor which included the offshore part of the reserve.

“Consultation took place earlier this year regarding opening the fishery. This was agreed by all parties. A copy of the letter submitted to Marine Scotland is attached. Marine Scotland requested that this be submitted through the Inshore Fisheries Group (IFG). There was a delay as the IFG chairman had resigned, but this has now been formally submitted.

“Two of these vessels are members of our association. Vessel (sic) should not fish within the closed area until formal approval has been given.”

The Scottish Government, commenting on behalf of Marine Scotland (MS), said it took protection of the marine environment and management of fisheries “very seriously”.

A government spokesperson said: “A programme is currently underway to modernise our inshore fleet with appropriate and proportionate vessel tracking and monitoring systems. This will not only enhance data collection and improve evidence gathering of fleet compliance, but will also enable fishers to openly demonstrate responsible fishing.

“Fishing vessels are allowed to enter and transit through marine protected areas as long as they do not deploy gear where not permitted. Reports of suspected incursions do not confirm illegal activity has taken place and each report is fully investigated by MS Compliance.”

Earlier this month, The Ferret revealed that the number of fines issued to rogue fishermen has decreased over the past three years while skippers caught fishing in protected waters have not been reported to the procurator fiscal.

Concerns have been raised recently that fishermen are increasingly involved in illegal scallop dredging and prawn trawling to supply a black market in seafood, at the expense of Scotland’s marine environment.

Environmentalists claim that the Scottish Government is not treating damage to marine protected areas by boats as “serious crimes”. They have accused Marine Scotland of failing to take tough enforcement action against skippers breaking the law.

The Scottish Fishermen’s Federation did not respond to our requests for comments.

The Scottish White Fish Producers Association said that none of its members were involved in the above incidents.

Poll: Should the government do more to investigate claims that fishing boats are entering protected waters?