A skills shortage that has plagued the Trident nuclear weapons programme for a decade is posing a threat to safety, according to a new report from the Ministry of Defence (MoD).

The latest annual report from the MoD’s internal watchdog, the Defence Nuclear Safety Regulator (DNSR), warns that a persistent shortfall of suitably qualified and experienced nuclear engineers is “the principal threat to the delivery of nuclear safety”.

The MoD stresses that measures are being taken to try and plug the gaps. But experts have told The Ferret that the pressures on nuclear staffing are going to get worse in the next few years with the scheduled replacement of Trident and the proposed expansion of civil nuclear power.

The DNSR report also points out that delays in introducing new nuclear submarines have forced the Royal Navy to extend the lives of existing submarines, based at Faslane on the Clyde. “Attention is required to ensure maintenance of adequate safety performance,” it cautions.

The MoD has posted the DNSR report for 2014-15 online without any announcement. DNSR, run from within the MoD by Commodore David Langbridge, is meant to prove assurance that nuclear weapons and nuclear submarines are safe.

The report highlights staff shortages as a “key strategic issue”. The problem requires “sustained attention to ensure continued safe delivery of the defence nuclear programme over the medium to long term,” it says.

“The ability of the department to sustain a sufficient number of nuclear suitably qualified and experienced personnel, both civilian and Royal Navy, remains the principal threat to the delivery of nuclear safety.”

The report points out that DNSR has been expressing concern about this issue since 2006. The development of the civil nuclear power industry means that nuclear skills are “increasingly at a premium”, it says.

“The situation is compounded further, across the civil and defence nuclear programmes, by a largely ageing demographic and the pull from other high consequence industries, such as offshore oil and gas.”

Remedial measures have had some impact in attracting staff and reducing the “outflow of highly skilled personnel”, the report says. In December 2013 a new “recruitment and retention allowance” was introduced, providing “a significant financial incentive”.

But “vulnerability remains in this small and highly skilled group,” the report concludes. “Whilst safety has not been compromised, the lack of resilience increases the potential for project and programme delays.”

DNSR also highlights “organisational capability” as an issue that requires “continued vigilance”. The lives of the existing Trafalgar and Vanguard class nuclear submarines have had to be prolonged because of delays in introducing the new Astute class and Trident replacement submarines.

“Slippage to the delivery of key projects will necessitate the continued use of current facilities for an extended period,” the report says. “Commitment and attention is required to safely manage ageing plant, facilities and infrastructure across the defence nuclear programme.” 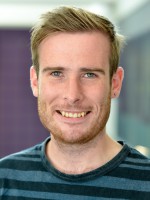 Dr Phil Johnstone, a nuclear specialist from the Science Policy Research Unit at the University of Sussex, described the issues raised by the DNSR report as “concerning”. The most acute shortage was of nuclear workers with 20 years or more experience, and that was going to worsen, he argued.

Construction of new submarine reactors, upgrading nuclear warheads and the decommissioning of defunct submarines were all meant to be taking place over the next few years. “It must be questioned whether there will be sufficient numbers of highly skilled experienced workers to maintain the rigorous regulatory standards and safety culture surrounding such activities,” Johnstone said.

The UK government also had “wildly ambitious” plans to build five new civil nuclear power reactors of different designs and needed to deal with nuclear waste and decommissioning. “The pressures on maintaining a skills base for nuclear engineering, regulation and safety are set to be immense,” he said.

“In my opinion we are facing an unprecedented critical juncture in terms of the challenges of regulating such a diverse range of nuclear activities that will ultimately require substantial amounts of public money being spent on UK nuclear once again.”

A UK government report on ‘Sustaining Our Nuclear Skills’ in 2015 pointed out that the average age of nuclear workers was over 50. It suggested that as many as 51,600 new nuclear workers would be needed by 2021.

The Nuclear Information Service, a campaign group that monitors nuclear issues, called for the Defence Nuclear Safety Regulator to be scrapped. “For ten years the DNSR has been trying and failing to improve the staffing situation in the MoD’s nuclear programme,” said the group’s Peter Burt.

“If a local council had failed to provide a critical public protection service in this way, responsibility for providing that service would long ago have been taken away from the council and given to another body.”

DNSR should be wound up, and its responsibilities given to an independent new civil sector nuclear watchdog which is prepared to use its teeth to improve safety. Peter Burt, Nuclear Information Service

The DNSR was “not up to the job”, he argued. “It should be wound up, and its responsibilities given to an independent new civil sector nuclear watchdog which is prepared to use its teeth to improve safety.”

John Ainslie, coordinator of the Scottish Campaign for Nuclear Disarmament, said: “The pro-nuclear lobby tell us that an army of people will be unemployed if Trident is scrapped. The reality is that the MoD has, for ten years, been unable to recruit enough people for its nuclear programme. This is not just delaying Trident renewal, it is putting public safety at risk.”

The MoD insisted that DNSR was “independent to the delivery of the defence nuclear programme”. DNSR’s approaches and standards delivered outcomes “at least as good” as those required by the statutory Office for Nuclear Regulation, it said.

According to the MoD, it achieved “exceptionally high standards of nuclear and radiological safety for the submarine crews, the defence workforce, the public and the protection of the environment.”

The “skills gap” was being tackled by an elite, government-funded nuclear college that would provide high-level technical training, the MoD said. Ministers from four departments had established a working group to drive “a pan-government approach to nuclear skills generation and sustainment”.

The Nuclear Industry Council, set up by the UK government in 2013, had “developed a cross-sector approach to the challenges,” the MoD added. “It has elaborated a strategy, established a series of initiatives to address it and created a sector-wide process to acquire high-quality data on the sector’s future workforce demands.”

An MoD spokesperson said: “The national skills shortage in nuclear trained personnel affects industry and government alike, including the MoD. There are a number of measures in place to address the issue and since publication of the nuclear industrial strategy in 2013, the sector has made good progress on skills development.”

The report in full

Photo thanks to U.S. Navy, via Wikimedia Commons.