Scottish Labour’s latest party political broadcast has been released, setting out the party’s vision for Scotland.

In the advert leader Richard Leonard takes a walk through Stirling, making several claims about the current state of the nation and the achievements of previous Labour Governments.

It follows the release of the SNP’s broadcast listing 19 claims about its record in government.

Ferret Fact Service found six claims in the Scottish Labour video and fact-checked them all.

Check out our new TV broadcast! It's about what we could do differently, with a radical Labour government in Holyrood. If you like what you see, hit retweet and help us spread our message of real change 👇🏽 pic.twitter.com/SHePJ3lo9Y

1. “In Scotland today, poverty is deepening”

Ferret Fact Service looked at in-work poverty after Jeremy Corbyn suggested last year that the SNP had overseen the biggest in-work poverty increase since devolution – a claim we found to be mostly accurate.

It is important to note that many of the levers which can affect poverty levels, such as the minimum wage and benefit payments, are reserved to Westminster.

In this case, Richard Leonard appears to be referring to poverty as a whole.

The Scottish Government releases its Poverty and Income Inequality in Scotland statistics annually, with 2016/17 statistics expected to be released in late March 2018.

The latest 2015/16 statistics show a two per cent rise in poverty for all individuals in Scotland, both before housing costs (BHC) and after housing costs (AHC).

Seventeen per cent of people in Scotland were living in relative poverty BHC (approximately 880,000) compared to 15 per cent in 2014/15.

Relative poverty has also gone up, with 20 per cent of Scots falling into that category in 2015/16 (1.05 million), compared to 18 per cent in the previous year.

However, the report notes fluctuations in the rates of relative poverty both BHC and AHC in recent years “making it difficult to establish the underlying trend”.

The below chart shows the trends of both measures over an 18-year period.

We can see that after a static period in the mid-2000’s, the percentage of individuals living in poverty both BHC and AHC has broadly trended downward, but has seen a steady rise since 2013 until the latest available data in 2016.

Richard Leonard’s claim that poverty is deepening in Scotland is therefore mostly accurate. 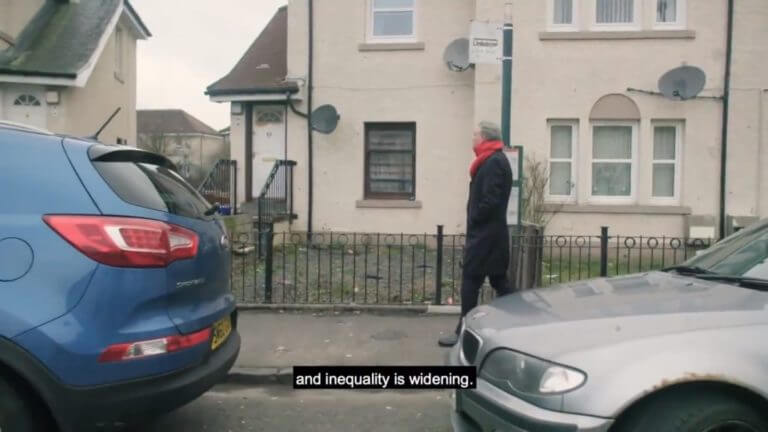 The NHS was established under Clement Attlee’s post-World War 2 Labour Government, with Minister for Health Aneurin (also known as Nye) Bevan MP considered to be the chief architect.

The concept of the NHS was first outlined in the 1942 Beveridge Report by economist and civil servant William Beveridge.

4. “A welfare state to look after people from the cradle to the grave”

The welfare state, which included the establishment of the NHS, was envisioned in the 1942 Beveridge Report.

Beyond universal healthcare, its recommendations included the extension of National Insurance and a benefits system.

The UK Government website states that Attlee “managed the creation of the National Health Service, part of the Welfare State that sought to provide ‘cradle to the grave’ care for British citizens”. 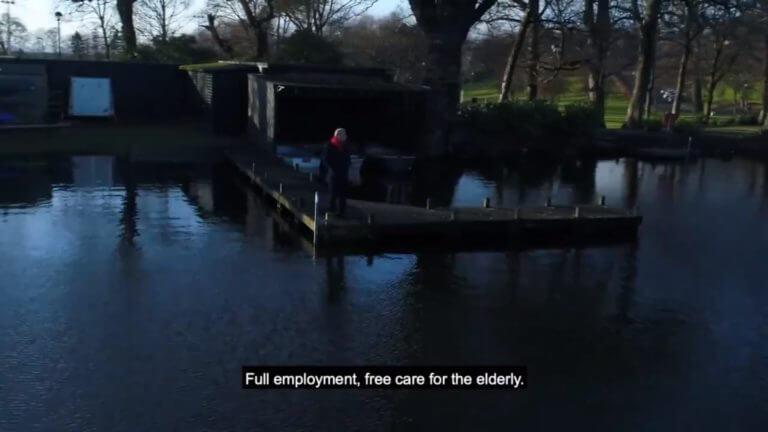 It is therefore difficult to assess whether full employment has been achieved by any government.

Business Dictionary defines the term as a state when “all eligible people who want to work can find employment at prevailing wage rates” but due to seasonal factors and temporary unemployment caused by people switching jobs, “does not imply 100 percent employment”.

Figures such as the free market economist Milton Friedman said full employment could exist with unemployment figures fluctuating between 5 and 6 per cent, with no one unemployed in the long-term.

Christopher Pissarides, a professor of economics at the London School of Economics argued that full unemployment had been achieved in the UK from 1997-2007 – the years New Labour was in Government.

However, Ian Brinkley, then director of the Work Foundation think tank, told the BBC that New Labour “came in and adopted a modern version of full employment,” which focused on creating new jobs rather than aiming for a low percentage of unemployment.

New Labour’s assessment has been described as misleading, as “with a rising population, the party was almost guaranteed to boost the number of jobs in the economy.”

Politicians, countries and other bodies also have varying definitions of full employment, several of which are listed in a House of Commons Library report.

Beveridge, who inspired Labour’s vision of the welfare state, viewed full employment as “having always more vacant jobs than unemployed men, not slightly fewer jobs”. He believed the unemployment rate should remain under 3 per cent.

Using Beveridge’s definition, we can see that no Labour or Conservative government has achieved unemployment figures of below since Office of National Statistic’s Labour Market Statistics began in 1971.

However, earlier unemployment statistics from the Bank of England show the unemployment rate went below three per cent on numerous occasions in the early to mid part of the 20th century, with the last year of such ‘full employment’ in 1966.

Alternatively, using Friedman’s definition of a fluctuating 5-6 percentage of unemployment, both Labour and Conservative governments have achieved this benchmark.

However, it is not clear that this was delivered uniquely by the Labour government, with both Labour and Conservative administrations presiding over periods of unemployment lower than three per cent.

FFS recently looked at the origin of free personal care in Scotland. We found that while a Labour-led Holyrood coalition government initially rejected the plan, it was later backed by First Minister Henry McLeish after a motion to implement free personal care was put forward by their coalition partners, the Liberal Democrats.

Free personal care was finally passed under the Labour-Lib Dem coalition in 2002 as part of the Community Care and Health (Scotland) Act.