Scotland’s most indebted housing associations have insisted they could withstand a worst-case Brexit, following a warning from the Scottish Housing Regulator.

Together Scotland’s housing associations owe £4.6 billion with around a quarter of the debt borrowed on variable interest rates. They own more than 293,000 homes.

In February the regulator sent a letter to housing associations warning them to take account of recent Bank of England forecasts. “Key variables” such as the rate of inflation and interest rates could show “greater volatility than they have in the recent past,” the regulator said.

The worst case scenario outlined by the Bank of England estimates that a chaotic exit from the European Union (EU) could lead to a drop in GDP of eight per cent, a drop in house prices of 30 per cent and in increase in unemployment to 7.5 per cent, with interest rates peaking at 5.5 per cent. 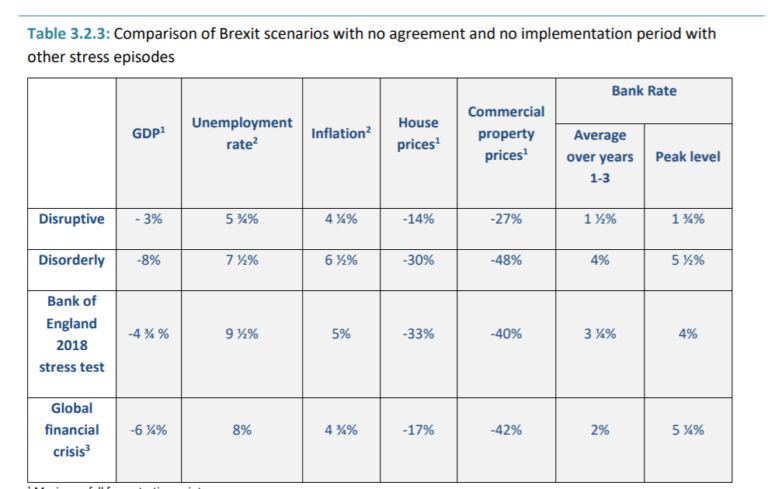 A spokesperson for the regulator said it had recently underlined the need for housing associations to undertake “stress testing and scenario planning”. It had also urged them to consider “any potential financial impact” of volatility.

The top three most indebted Scottish housing associations are Sanctuary Scotland, Osprey Housing Association and Dundedin Canmore. They each have more than £30,000 of debt for each of the 13,655 homes they own.

Sanctuary Scotland, is part of a larger group that is headquartered in Worcester. It owes £33,850 for each home it owns, and by this measure is the most indebted housing association in Scotland.

Pat Cahill, director of Sanctuary Scotland, confirmed that the group had undertaken stress tests based on the Bank of England’s hard Brexit scenario. “The results of these tests have enabled Sanctuary Group to ensure it is in a robust position to deal with the challenges of Brexit,” she said.

“While Brexit concerns have not yet had a significant impact on the sector’s ability to raise long-term funding, in order to mitigate any negative impact in the future, Sanctuary Group has proactively secured funds to ensure the stability of all its operations well beyond the proposed Brexit date of 29 March 2019.”

Glenn Adcook, Chief Executive of Osprey Housing Group, said: “We have been actively reviewing and stress testing our business plan since the middle of last year.

“With seventy five per cent of our loan debt secured on long-term fixed rate arrangements, in relation to Brexit implications this makes our business plan robust and provides real confidence in its resilience and capacity.

“Osprey Housing is a relatively young RSL and consequently our debt levels are proportionately higher than older, more established housing associations who historically were able to build at a time of higher grant levels and lower private finance commitments.

“We have already identified the key risks and have been working with our financial consultants on Brexit contingency planning. This work is ongoing inclusive of the likely impact of a hard Brexit.”

Wheatley Group’s finance director, Steven Henderson, said: “Our boards have been scrutinising the potential impact of Brexit and scenario planning for almost three years. This includes stress testing based on the Bank of England report.

“Over 90 per cent of our borrowings are fixed interest, giving us protection from the worst effects of a no deal Brexit. In addition, we have carried out a full risk analysis and put in place a series of measures to mitigate these risks.

“All of this means that, if the worst case scenario were to happen, the financial position of the group would remain strong.”

What impact could a downturn have?

Downturns in the housing market can make or break affordable housing developments, particularly those more reliant on borrowing. In Aberdeenshire private rents fell by 10 per cent from 2000-2017 in response to a decline in the North Sea oil and gas industry.

Emails obtained by The Ferret from Aberdeenshire Council in 2016 showed that a rapid drop in the wider private rental market in the area forced council officials to rethink their business models.

Mid-market rented homes managed by the council’s Create Homes subsidiary became difficult to let in some places, as private rents began to undercut those offered at “affordable” levels. This led to a rise in empty properties and resulted in Create Homes making an unexpected loss.

Council officials were forced to drop rents, and use additional Scottish Government funding to re-designate some homes earmarked for mid-market rent as social rent.

Aberdeenshire Council also chose to directly lease some hard-to-rent homes from Create Homes, as another means of ensuring empty homes were filled.

David Bookbinder, director of the Glasgow and West of Scotland Forum (GWSF), which represents 68 independent housing associations, could not say whether all members had considered the Bank of England worst case-scenarios in their Brexit planning.

Despite the warning from the Scottish Housing Regulator he argued that brexit planning to this level of detail was “a level of crystal ball gazing that is unrealistic at this stage.”

“If there were some kind of financial crash after a hard Brexit, pretty much every type of organisation and business would be affected one way or the other,” he said.

Instead, he said that housing associations should not need to make specific arrangements for Brexit. “All of our member associations are watching the Brexit situation closely,” Bookbinder said.

“Housing associations are required to maintain funds for long-term major repairs and other contingencies… it would not normally be necessary for specific, new arrangements to deal with a potential hard Brexit,” he added.

“Should any threats to services arise in the coming months GWSF will discuss these with members and of course with the Scottish Government and Scottish Housing Regulator at the earliest opportunity. At this point in time we are not aware of any such threats.”

Housing associations that foresee significant threats to their financial position are obliged to notify the Scottish Housing Regulator. To date the regulator has confirmed that it has not received any formal notifications from a Scottish housing association in response to its recent Brexit warning letter.

The Scottish Government reaffirmed its commitment to building 50,000 affordable homes by 2021, and attacked the UK government’s “reckless approach” to Brexit.

Housing minister, Kevin Stewart, said: “The Scottish Government is clear that it is in Scotland’s best interests to remain in the EU and are pressing the UK government to extend Article 50 and to rule out a no deal scenario, as well as calling for a second referendum with ‘remain’ as an option.

“Where we can act pre-emptively, we have done so. For example, to ensure the continuity of our flagship Warmer Homes Scotland programme we have worked with our delivery partner Warmworks to increase the stock of central heating boilers.”

This story was amended on the day of publication at 12.09pm to include a statement from Osprey Housing, and to correct the gender of Sanctuary Scotland’s director, Pat Cahill.