Some of Scotland’s rarest wildlife is at risk of disappearing because the Scottish Government has for years ignored repeated recommendations from its scientific advisers.

Ministers have failed to give legal protection to ten of the country’s most endangered species, including four insects, two plants, two seahorses, water voles and a fish – despite strong advice to do so from government conservation experts in 2002 and 2008.

Environmental groups warn that wildlife is suffering as a result, and are calling for the legislation to be urgently updated. The government says species “continue to be considered” for legal protection.

The Joint Nature Conservation Committee (JNCC), which advises all UK governments, is meant to publish reports every five years recommending changes to legal protection of endangered species. Its reports in 2002 and 2008 urged stronger measures to combat threats from development, pollution and commercial exploitation.

Among the species it highlighted were two moths that only live on Scottish islands. The talisker burnet moth has only been found on Skye, while the slender Scotch burnet moth just flutters around parts of Mull and Ulva.

The JNCC has been recommending since 2002 that they both get protection under schedule five of the 1981 Wildlife and Countryside Act to deter them from being taken by collectors. In 2008 it argued that similar protection should be given to two extremely rare hoverflies.

The pine hoverfly, which lives in rotting Scots pine trees, has only been found at two sites on Speyside. The aspen hoverfly lives in aspen woodlands in Strathspey and a few other parts of Scotland.

According to conservationists, the aspen hoverfly has been badly hit by recent damage to some of its native woodlands at Grantown-on-Spey. “This has knocked out a known breeding site of aspen hoverfly,” said Dr Gus Jones, convener of the Badenoch and Strathspey Conservation Group.

“This unnecessary loss might have been avoided had the Scottish Government been more diligent in acting on the longstanding expert advice from JNCC and had agencies been more proactive in pursuing invertebrate conservation in Scotland.”

Craig Macadam, the Scotland director of Buglife, which campaigns to protect insects, agreed. “If protection had been given in 2008 when recommended then perhaps the future of this species here might be more secure,” he said.

“The Scottish Government’s failure to act on the recommendations from these reviews is akin to gambling with our most threatened wildlife.”

The JNCC’s 2008 report recommended better protection for two lichens, by including them on schedule eight of the Wildlife and Countryside Act. One, called rock nail, is found on tombstones in shaded churchyards in Midlothian, while the other, tree lungwort, is a vital bright green feature of the Celtic rain forest.

The Scottish Government’s failure to act on the recommendations from these reviews is akin to gambling with our most threatened wildlife. Craig Macadam, Buglife

Dr Deborah Long, head of Plantlife Scotland, argued that the legislation was long out of date. “It urgently needs updating to list species that are at threat of extinction and it needs to reflect today’s threats,” she said.

“So far it’s taken the Scottish Government 12 years to consider yet not implement changes to schedule eight recommended by JNCC. During this time, Scotland’s species have continued to decline in numbers and distribution.”

She added: “Ironically, this decline continues while we see more reliance on wildlife for tourism and more frequent wildlife programmes on TV. The disconnect between what we like to see and how we care for it is stark.”

The JNCC reports urged greater protection for the spiny seahorse and the short-snouted seahorse. They are both at risk of being captured for use in traditional medicine or for display in aquariums.

Water voles, which are eaten by invading American mink, and a fish called twaite shad in the Solway Firth, were also recommended for better protection. The JNCC’s most recent review was submitted to the Scottish Government in April 2014 but has yet to be published.

JNCC has in addition called for better protection for angel sharks, porbeagle sharks, some species of skate, the undulate ray and the spiny dogfish. In response, the Scottish Government introduced a new law in 2012 to protect them from fishing, though they are still not protected under the Wildlife and Countryside Act.

Calum Duncan, from the Marine Conservation Society in Scotland, pointed out that many of these species grew slowly, matured late and had few offspring. “They remain among the most threatened species in our seas,” he said.

“The Scottish Government must do more to protect important feeding and nursery areas from damaging fishing gear, to limit by-catch and to encourage development of fishing gears that catch fewer non-target species. This makes it even more important that we use existing marine protected areas to provide wider ecosystem benefit, not just to protect habitat patches within them.” 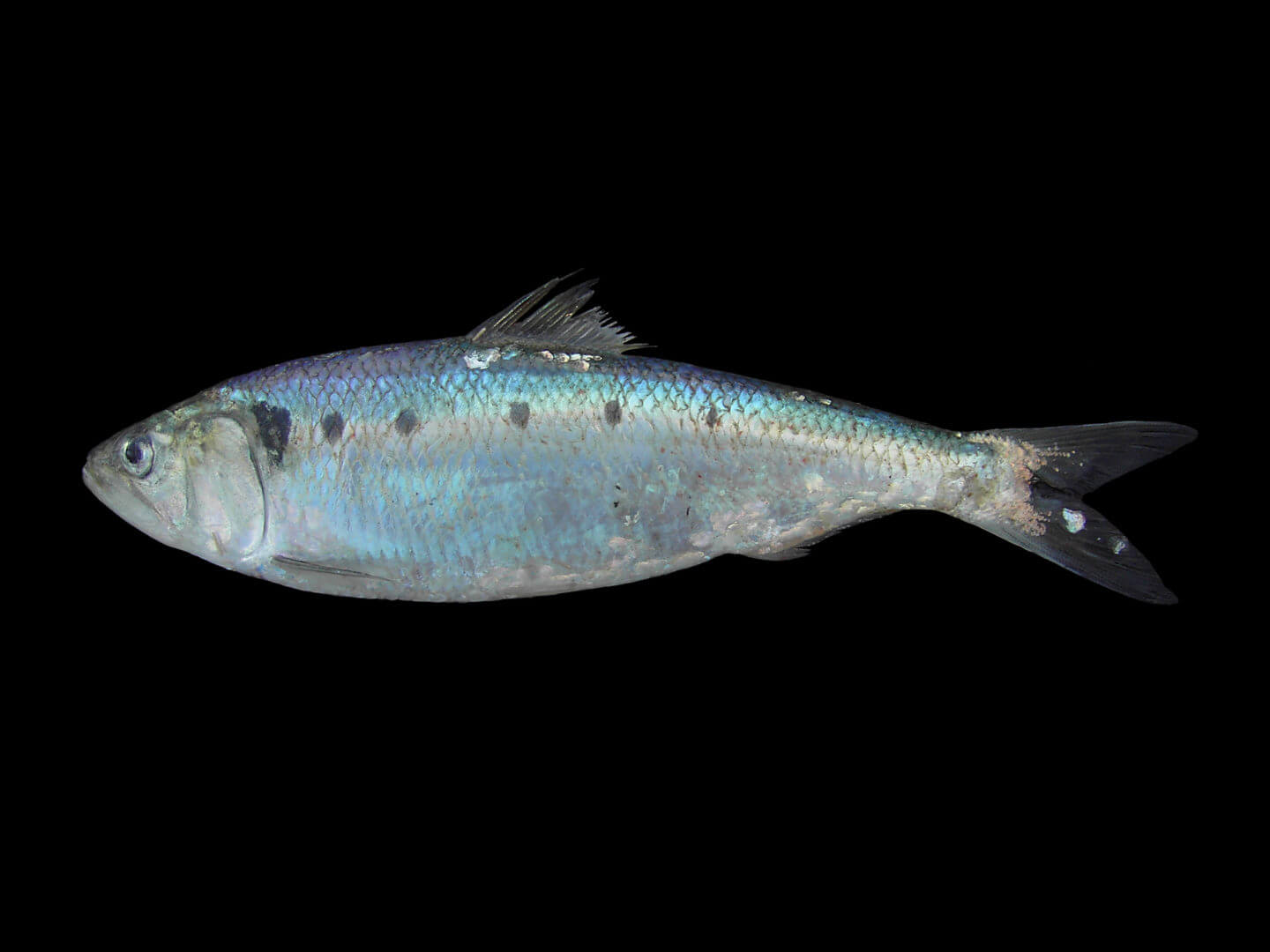 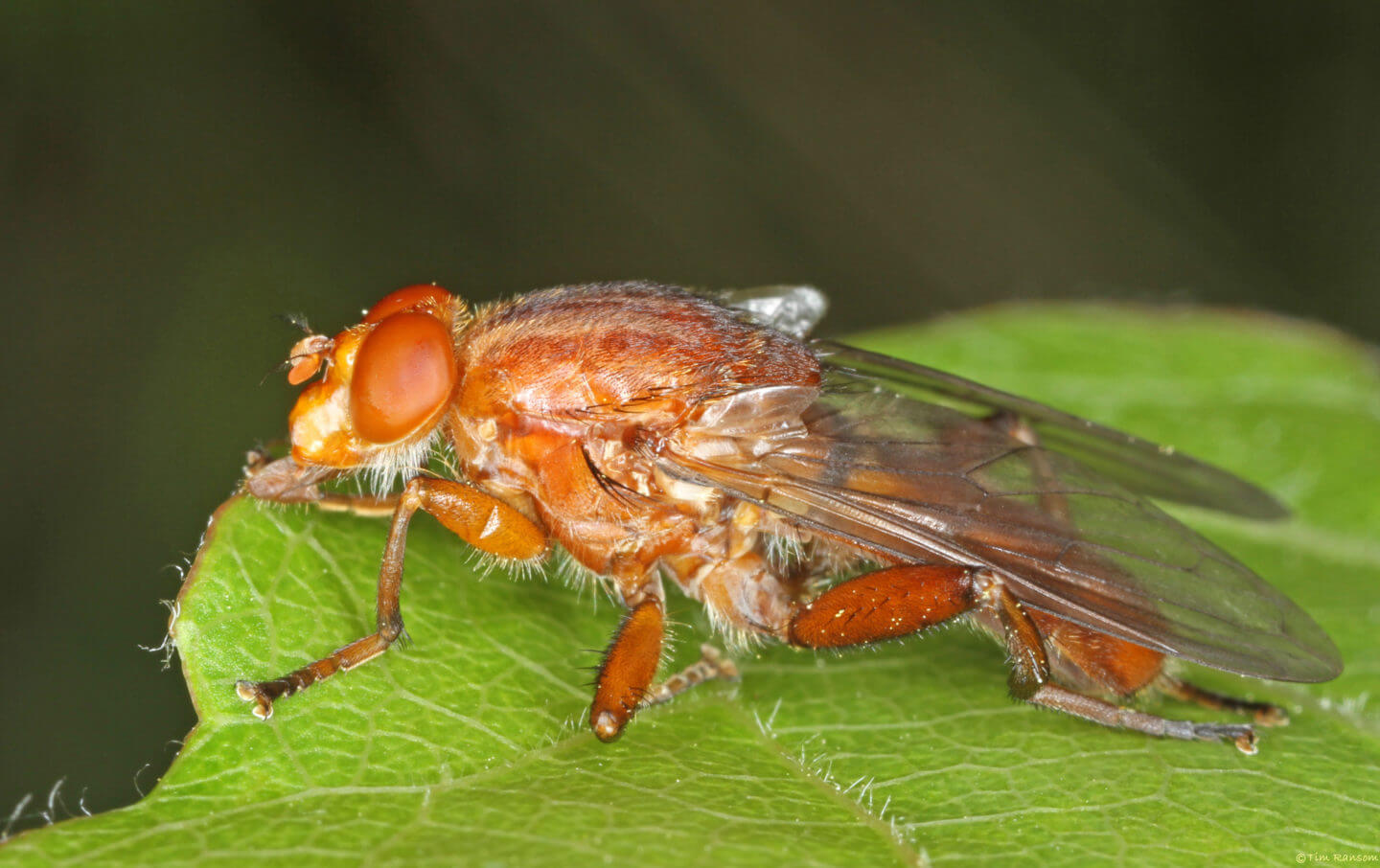 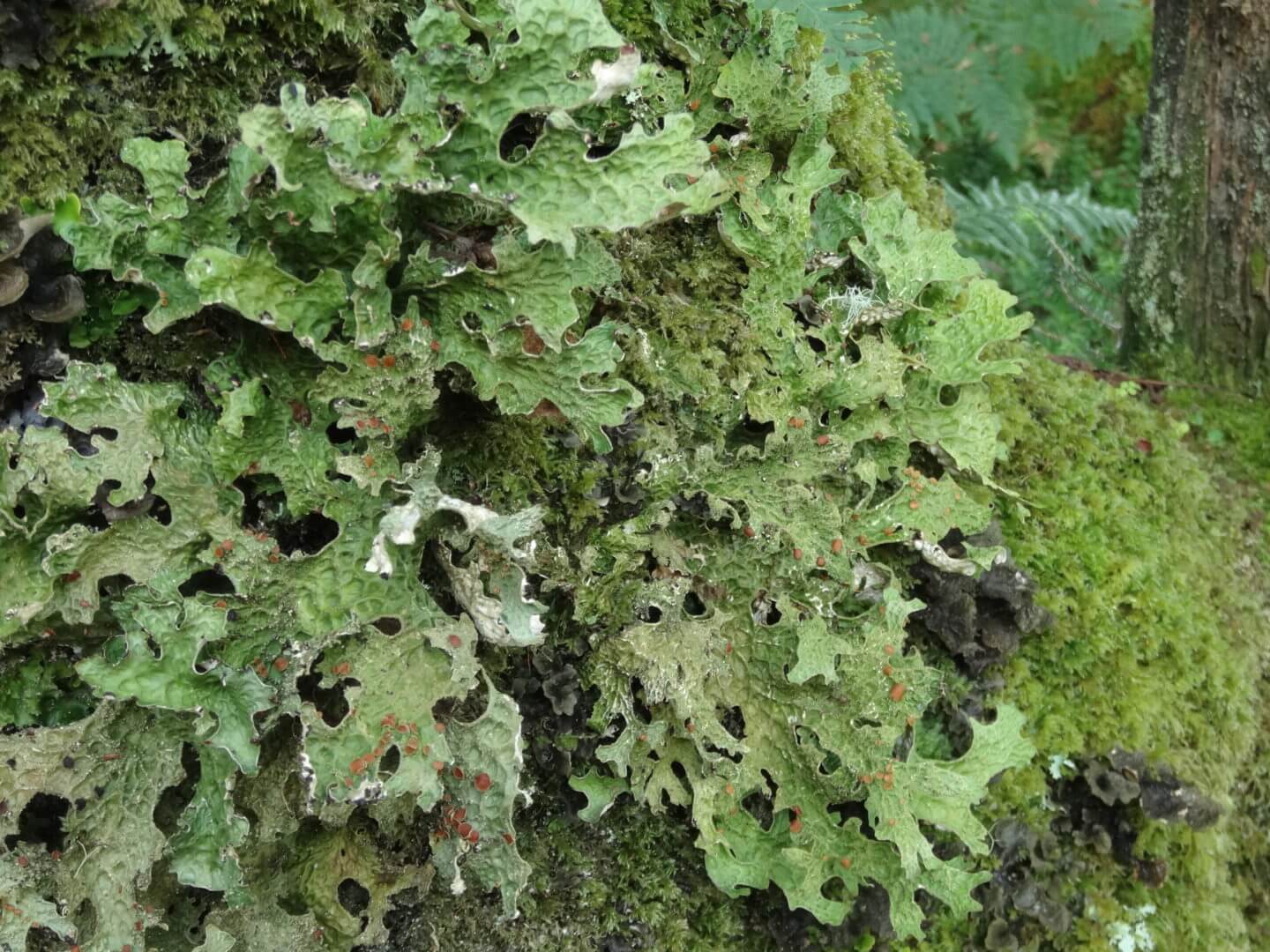 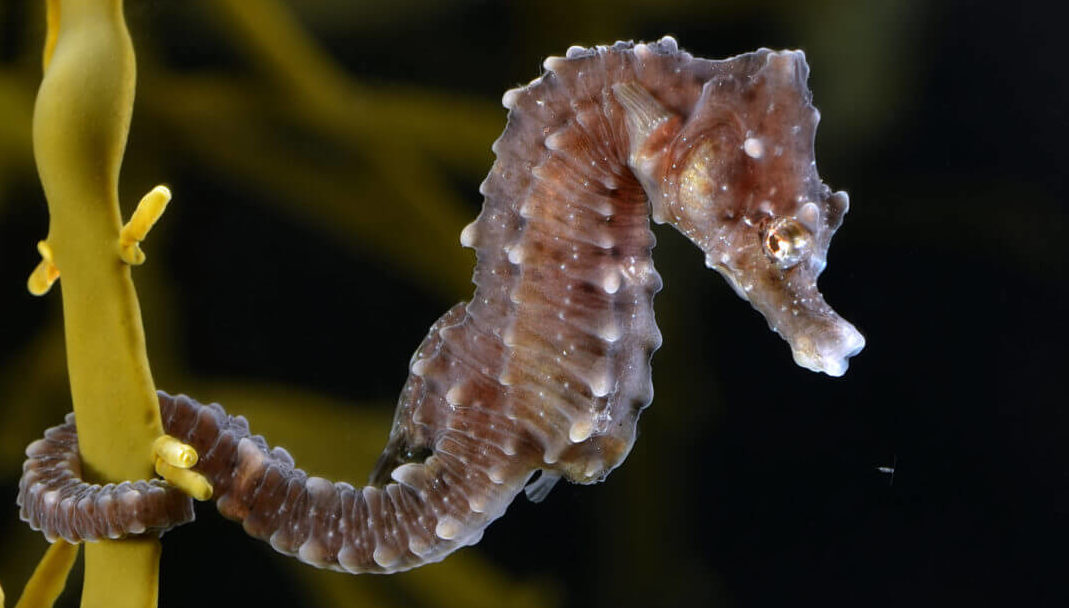 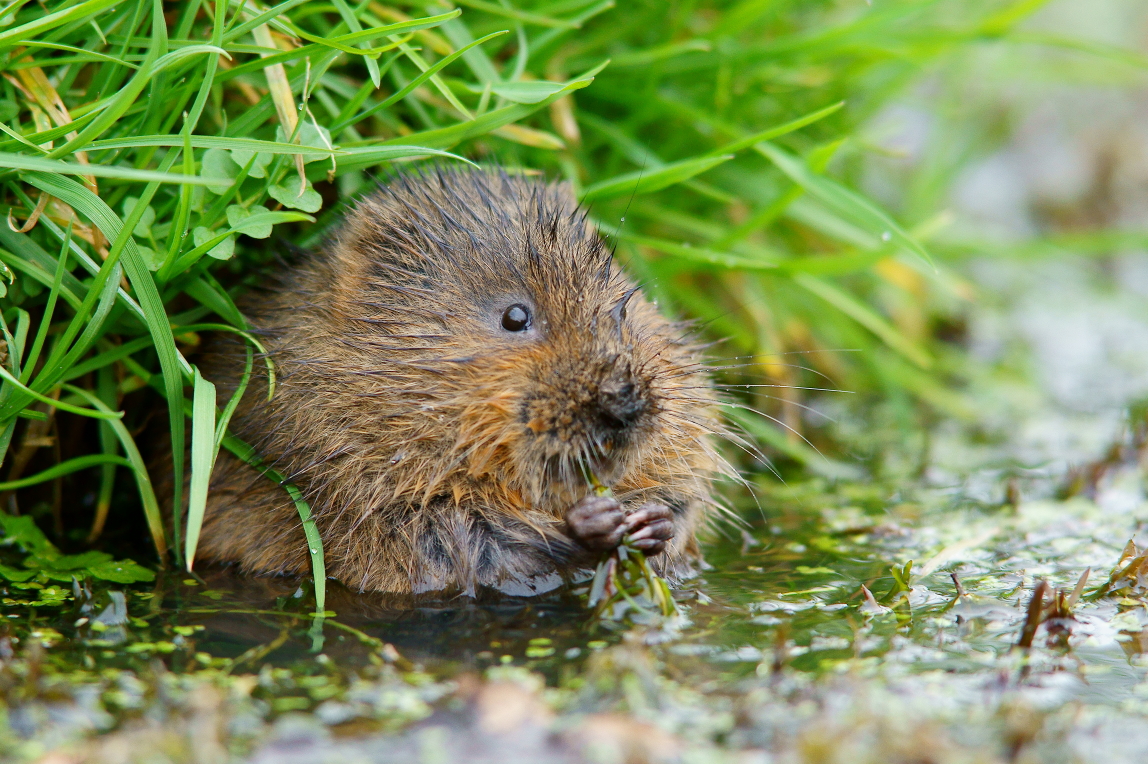 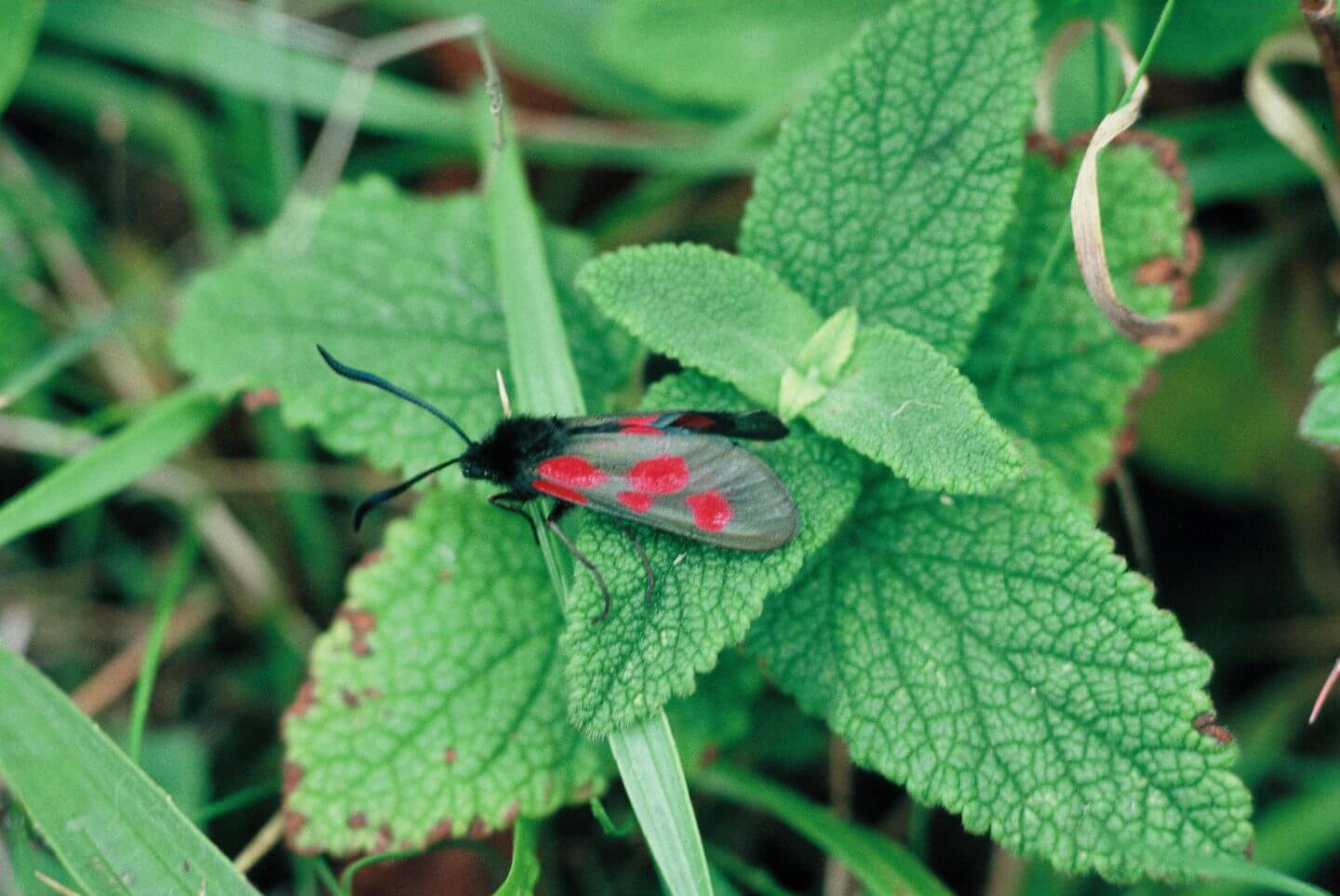 The government’s wildlife agency, Scottish Natural Heritage (SNH), stressed that legal protection was not always the best solution. “Some species have been approved in principle for protection and are awaiting the appropriate order to be laid before parliament to complete the process,” said SNH’s species group manager, Mairi Cole.

“There are many ways to protect species though, and listing on the Wildlife and Countryside Act in Scotland is not always the most effective action.” A joint UK working group had identified “appropriate site protection and habitat management” as key actions for many species, she added.

“In these cases, more can be achieved by partnership working on sites than by specific legal protection, and we will continue to identify practical actions to achieve this.”

The Scottish Government highlighted the legislation it had introduced in 2012 to protect some marine wildlife from fishing. “The other species recommended for protection continue to be considered for inclusion in schedules five and eight of the Wildlife and Countryside Act 1981,” a government spokeswoman said.

Water vole: A small mammal that lives by rivers, it has disappeared from 90 per cent of the sites where it was previously found. Its habitat has been increasingly lost to development, and in the last few decades has been eaten by invading American mink.

Talisker burnet moth: A very rare sub-species of moth, it has only been found in four places on the Isle of Skye. It likes ungrazed, eroding grasslands by the sea, and is threatened by collectors taking larvae to sell commercially.

Slender scotch burnet moth: Another very rare moth, it has only been found at half a dozen sites on the islands of Mull and Ulva. It lives on steep south-facing slopes below coastal cliffs where the plant, common bird’s-foot trefoil, is present, and is threatened by collectors taking larvae to sell commercially.

Pine hoverfly: An insect that lives in rotting Scots pine trees, it has only been found at two sites in Speyside. It is threatened by forestry practices and chemical treatment of tree stumps.

Aspen hoverfly: An insect that lives in Aspen woodlands, with maybe just 300 confined to Strathspey, Findhorn, Easter Ross, southeast Sutherland and Deeside. It is threatened by declining and fragmenting woodlands with suitable habitat.

Spiny seahorse: Living in eel grass beds around the coast, it is under threat from fishing and silt run-off from land, as well as being captured for the traditional medicine trade or for public and private aquariums.

Short-snouted seahorse: Living in rocky and weedy habitats around the coast, it is a secretive animal under threat from being captured for the traditional medicine trade or for aquariums. Scientists say it should be protected from being sold in Scotland.

Twaite shad: This fish is found in rivers flowing into the Solway Firth. It is threatened by dams and weirs preventing access to spawning grounds, and may be caught by anglers.

Rock nail: A lichen found only in millstone grit and limestone areas of Midlothian and Northumberland, it grows on rock and gravestones in humid churchyards. It is threatened by machinery, loss of shade and chemical treatment.

Tree lungwort: Found in Argyll, Wester Ross and parts of southern and eastern Scotland, this large bright green lichen grows on deciduous trees. It is threatened by air pollution, and by commercial harvesting for use in Chinese medicine.

A version of this story was published in the Sunday Herald on 1 May 2016.