School’s out for the Christmas holidays, and girls are fleeing their families to save their childhoods and, maybe, their lives.

Each year the December rains mark not only the end of the school term, but also the start of the cutting season in northern Tanzania.

Over the coming weeks, girls as young as nine will be forced to undergo female genital mutilation — or “cutting” — as a mandatory, cultural stepping stone marking them as ready for child marriage.

Five girls in Machochwe village died during last year’s cutting season — and those were just the reported deaths.

The lure of lucrative dowries of livestock for impoverished parents perpetuates the inextricably linked practices of cutting and child marriage. Daughters become cash cows, at the expense of a girl’s schooling and health.

I, like probably most of you, was unaware of these pernicious practices until I by chance came across a Human Rights Watch report in late 2014.

The content of that shocking report made we want to write about the topic in a less formal way for a more mainstream audience — but I faced the age-old quandary facing foreign correspondents.

How do you make an audience care about things happening in a faraway land? How do you engage a reader in a story set in a continent beset by so many negative stereotypes?

While typically the realm of under-panted superheroes, I saw the graphic novel format as the solution. The immediacy, and accessibility, of the image is far greater than a block of monochrome text can ever be.

The use of the medium in journalism is certainly nothing new – Art Spiegelman used it to great effect in ‘Maus’ to document his father’s experiences of the Holocaust.

But with ‘Safe House’, I wanted to produce a 2.0 version of the graphic novel that would engage an increasingly tech-savvy, and device-oriented generation, in a virtual conversation with three real-life Tanzanian girls.

The comic utilises illustrations, as well as photography and pop-up video interviews with the girls themselves, to not only remind the reader these girls aren’t make-believe, but as a means to bridge the empathy gap.

Being fully-responsive, ‘Safe House’ can also be read at home on your desktop computer or sat on the bus home on your smartphone.

The girls’ stories show not only what happened to girls before the safe house in Mugumu was created, but also the continuing challenges faced by those lucky enough to escape long after the cutting season has ended.

But more importantly ‘Safe House’ also empowered the girls to tell their own stories, while affording vulnerable children like Dorika relative anonymity.

The comic received an overwhelming response when first published in The Toronto Star earlier this year, with readers from beyond Canada offering emotional and financial support for the girls.

But perhaps more importantly, it’s the impact the comic has had on the ground that is the most satisfying. The downloadable Swahili version is now being used as a pedagogical tool in schools for Maasai girls, and by safe house staff in local communities to educate parents ahead of this year’s cutting season.

Below, The Ferret publishes the first two chapters of Safe House. Hard copies of the graphic novel, including the third chapter, are now available for sale with all proceeds going back to the safe house. 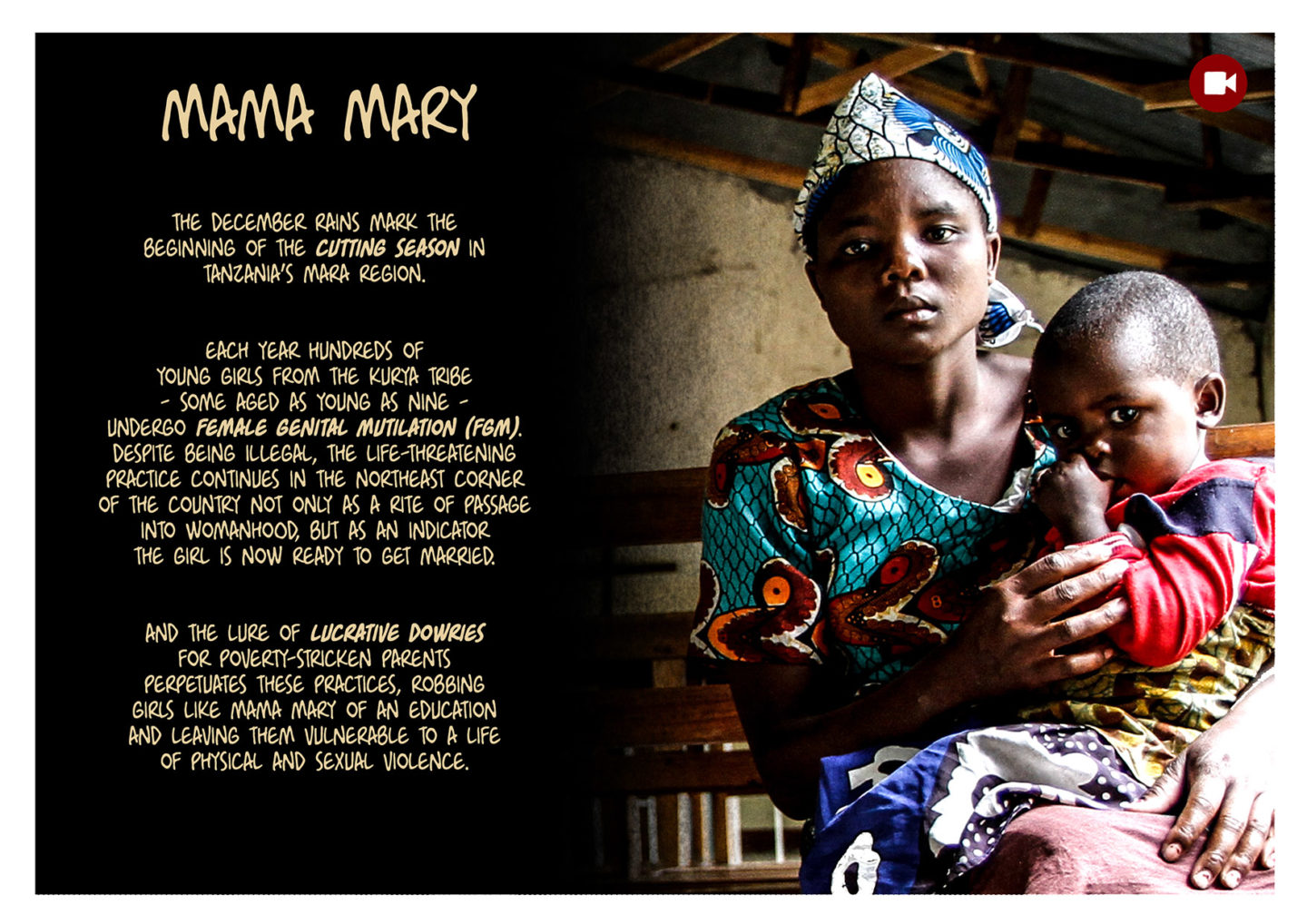 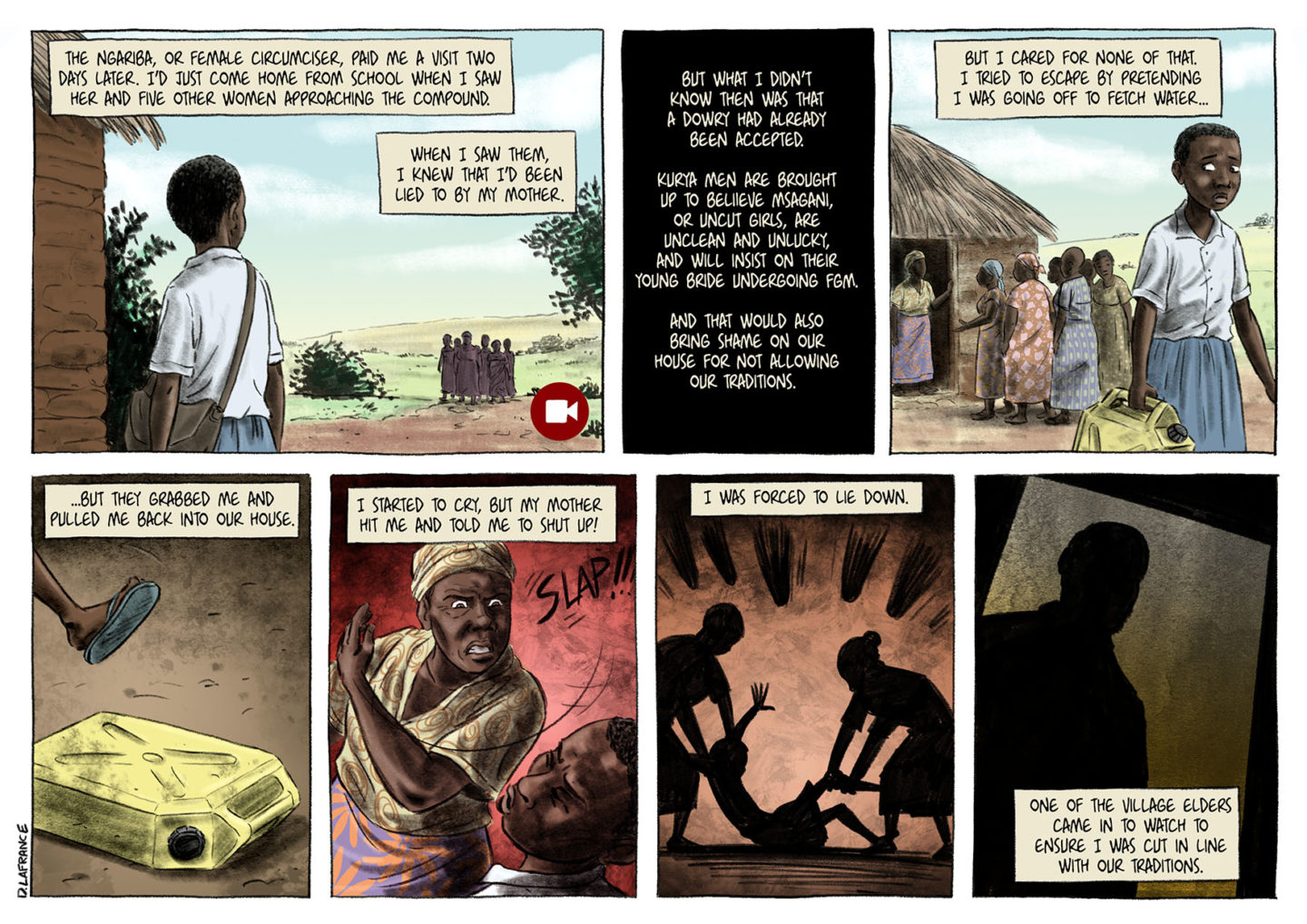 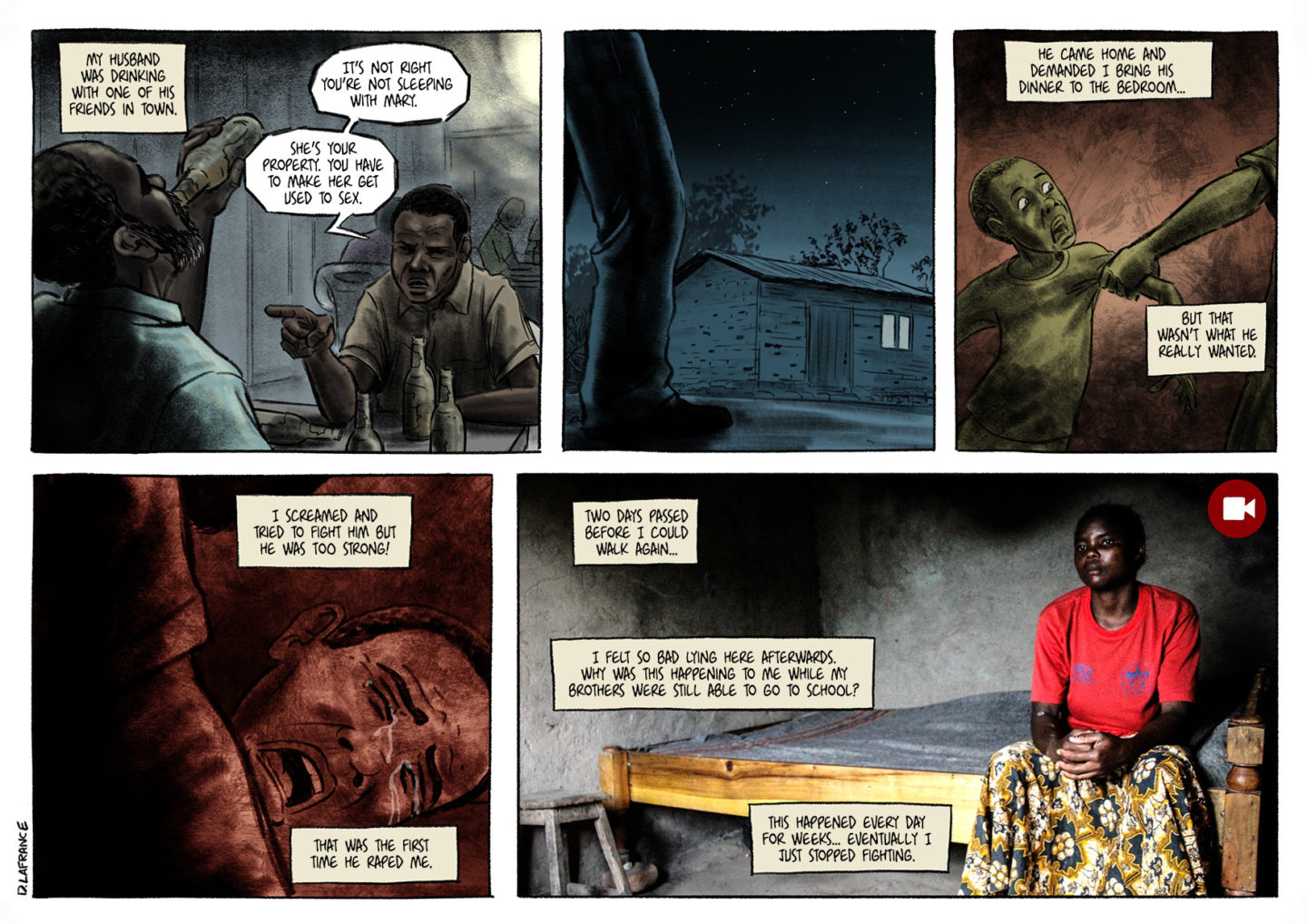 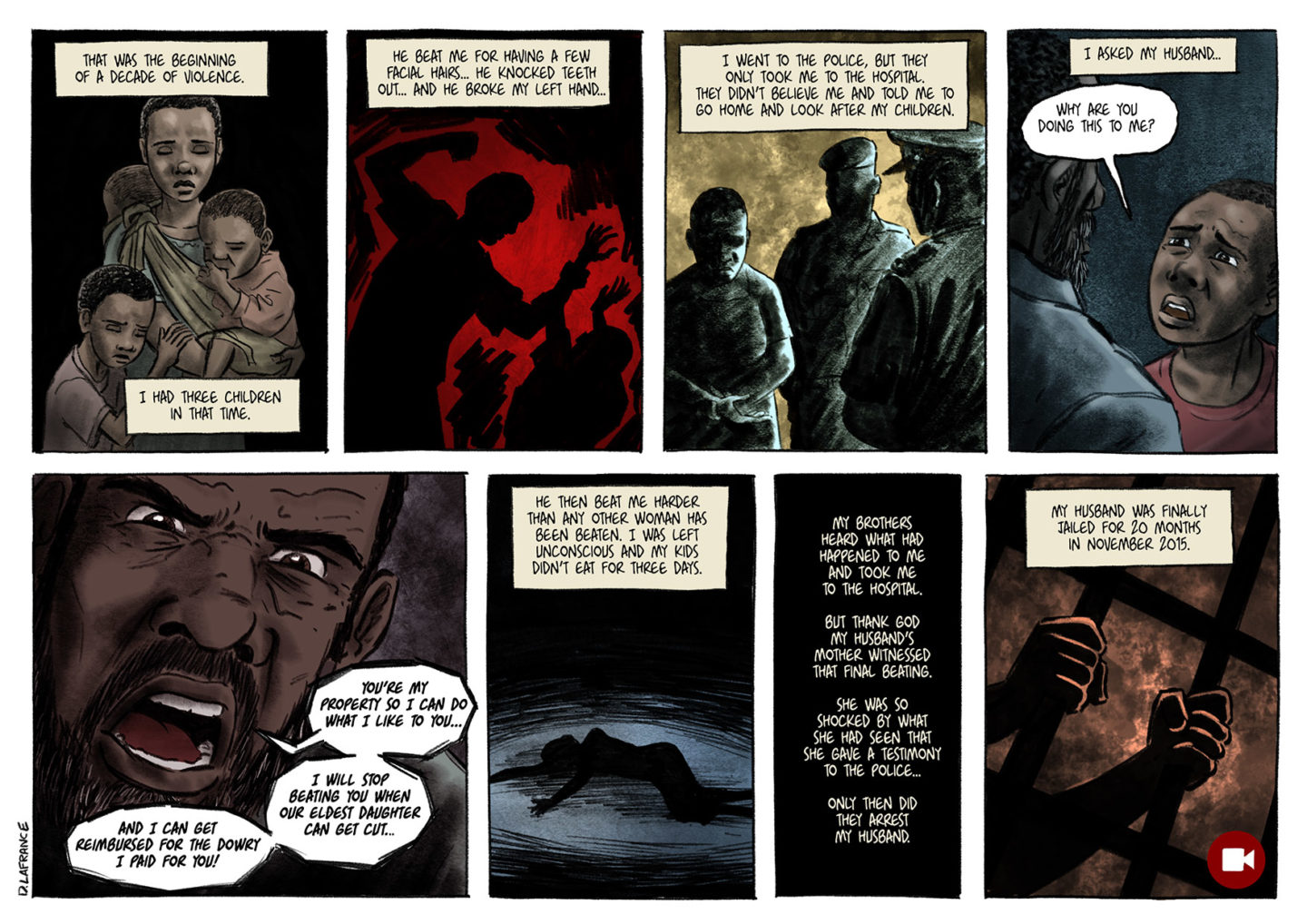 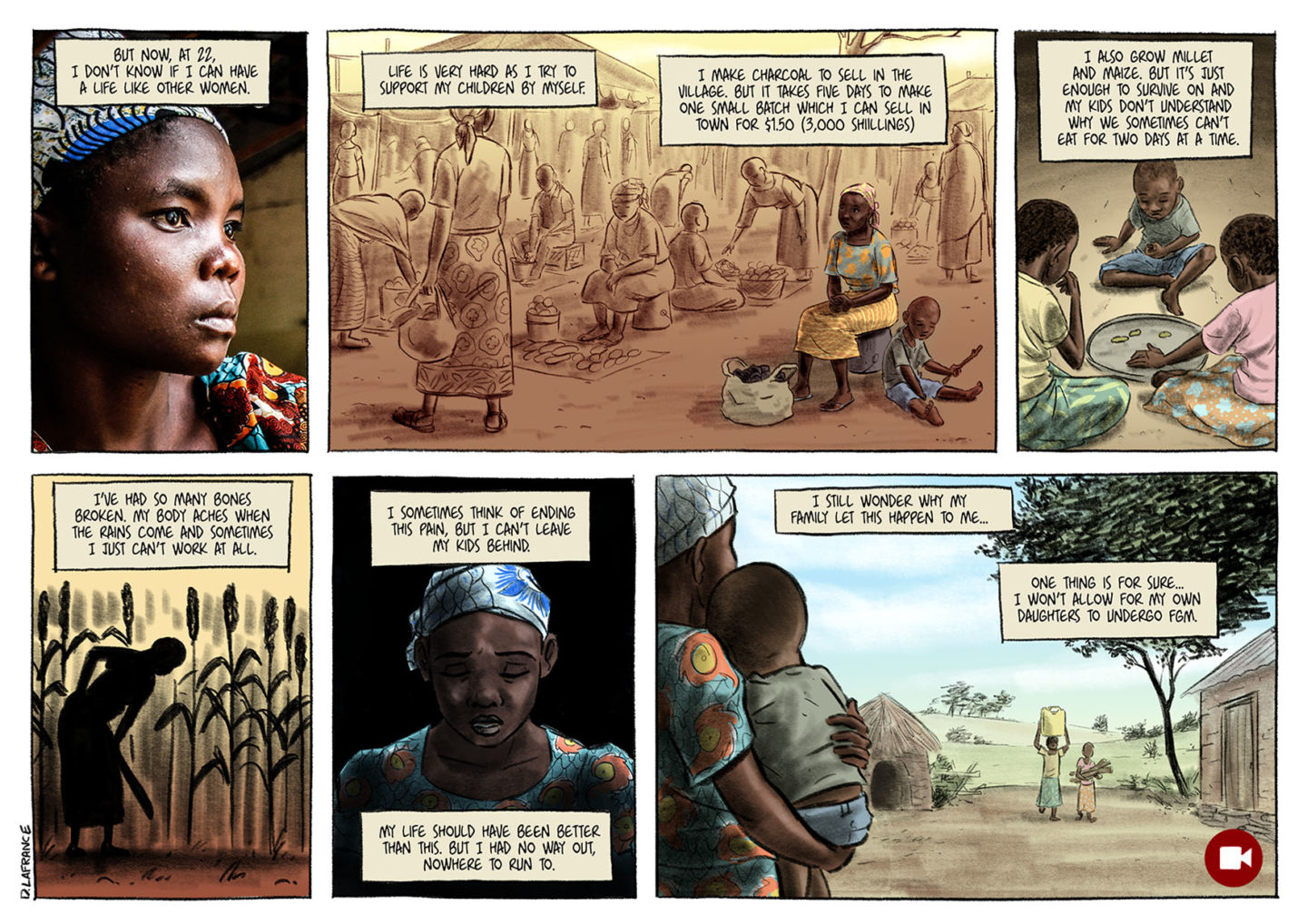 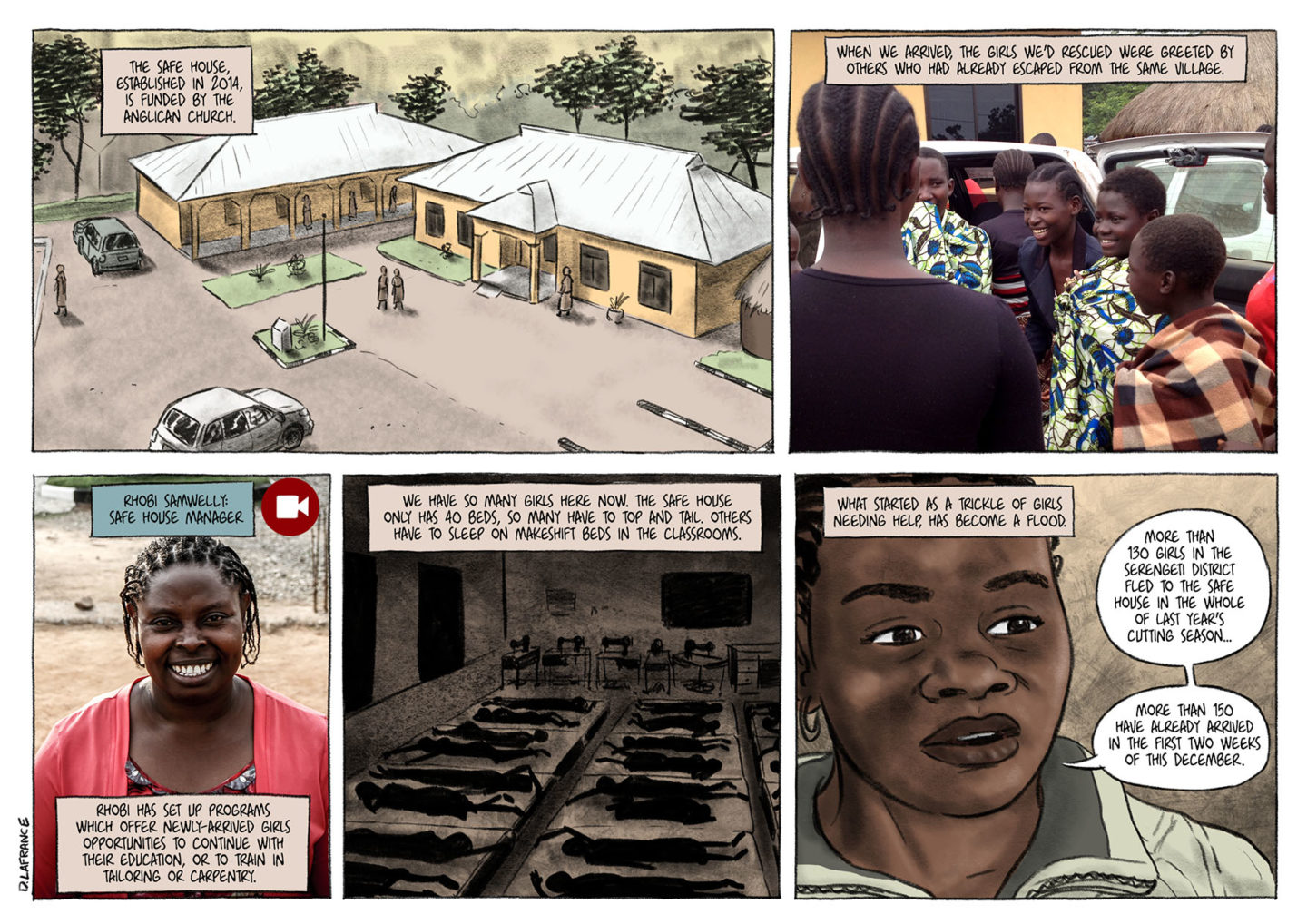 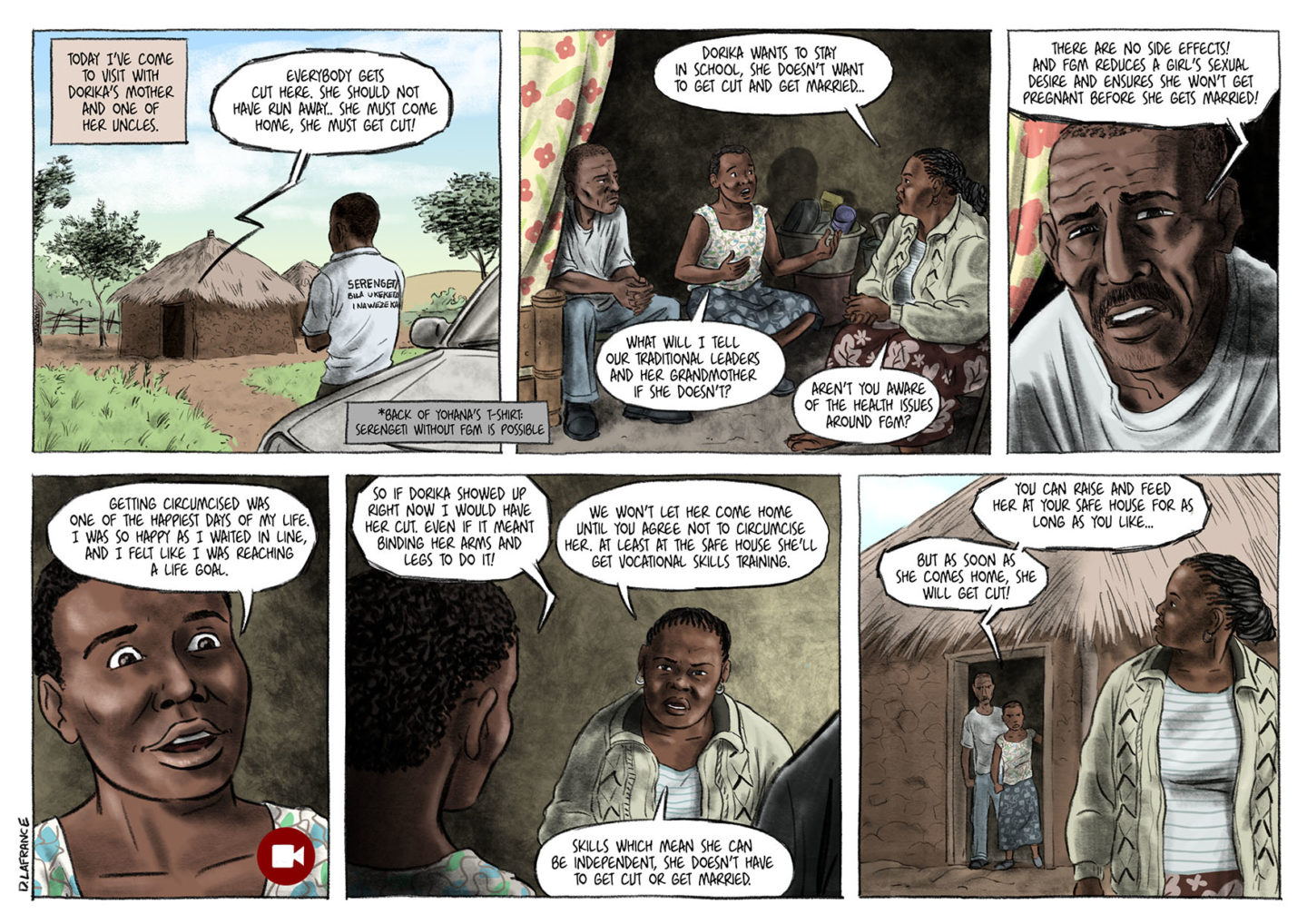