A neo-Nazi organisation involved in terrorism and banned by the UK Government is behind a new far right group in Scotland, we can reveal.

During an undercover investigation we secretly filmed the extreme far right group Scottish Dawn revealing its links to National Action.

A Scottish Dawn activist we filmed also revealed he’s a former member of UKIP and claimed that he got drunk with David Coburn, the party’s leader in Scotland.

Scotland’s newest far right group also has links to violent Polish neo-Nazis who are active in the UK.

Our seven month investigation – in conjunction with the Daily Record – has prompted calls for the government to take action against Scottish Dawn.

Today’s report comes ahead of the first anniversary of the murder of Jo Cox MP who was stabbed and shot in broad daylight by far right killer Thomas Mair on 16th June 2016.

We met Scottish Dawn after email conversations and meeting its members at far right protests attended by white supremacists and the Scottish Defence League.

During a meeting at an Edinburgh pub we secretly filmed two members of Scottish Dawn talking about the latest far right group to emerge in Scotland.

The men used the false names ‘Fraser’ and ‘John’ to protect their real identities. But we have identified ‘Fraser’ as Ruaidhri McKim via the mobile phone number he provided.

That number took us to the website of WB Stonemasonry – a firm based in East Lothian – where he was listed as managing director alongside his mobile number. 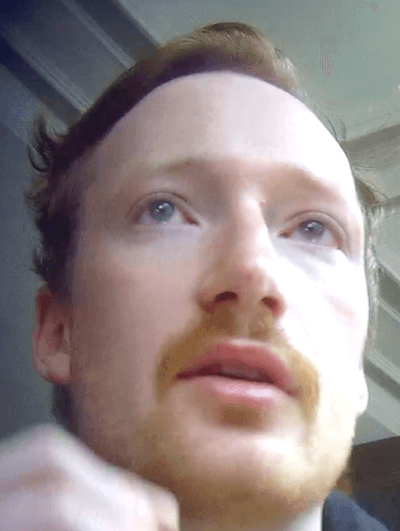 During the meeting, McKim also told our reporter that he was a member of UKIP.

Speaking about National Action he told our reporter: “It was getting too successful for the mainstream basically and they were really getting worried. National Action were a good organisation and the stuff we (Scottish Dawn) do is very similar”.

“Basically there are some members in the group that were in National Action. It’s kind of hard to talk about it because it’s a prescribed (sic) terrorist organisation.”

On UKIP, McKim said: “I was in UKIP for a while. Then after Brexit I just left because I didn’t see a point in it anymore. There’s lots of radical people within it, but no one with any position is a radical. UKIP Scotland was fucked man. I’ve been drunk with David Coburn – he’s really good fun. He’s a fun guy.”

‘John’ has not yet been identified.

National Action was the first extreme right-wing group to be proscribed as a terrorist organisation in the UK.

It celebrated the murder of Jo Cox on social media and praised the actions of Mair who stabbed the Labour MP to death 15 times in a frenzied attack.

National Action later adopted the slogan – “Death to traitors, freedom for Britain!” – which was Mair’s declaration when asked to give his name in court.

The then Home Secretary Amber Rudd described National Action as “a racist, anti-Semitic and homophobic organisation which stirs up hatred, glorifies violence and promotes a vile ideology”.

Being a member of National Action, or inviting support for it, is a criminal offence carrying a sentence of up to 10 years’ imprisonment.

National Action was active in Scotland where it ran a ‘whites-only’ foodbank in Glasgow.

It posted a video on Youtube of a secret training camp in Scotland where members took part in boxing matches.

After it was banned, Scottish Dawn appeared in early 2017.

It claims to be “a patriotic society for the defence of our race and nation active across Scotland” and McKim said that: “Everything that Scottish Dawn does is legal.”

He made several Nazi references during the conversation. Explaining to our reporter why he had two phones, McKim said: “I have Nazi phone too”.

He added: “There’s quite a few vegans and vegetarians [in Scottish Dawn] because they’re kind of that sort of Nazis. Nazis were the first government to even basically think of animal welfare.”

McKim later emailed our reporter and advised reading about the Nietzschean ideal of the ubermensch to “improve oneself”.

Ubermensch means ‘superhuman’ in German and was used by Hitler to promote the warped idea of the Nazis as an Aryan master race.

Scottish Dawn also claimed to have helped homeless people in Edinburgh, Glasgow and Aberdeen – on the advice of Polish neo-Nazi thugs.

Our reporter said: “What are they called again?

McKim then said: “In Polish, it abbreviates to NOP. Their logo is like and arm like that (bending his arm) with a sword. They’re ok. They’re a bit mouthy and skinheady, but they are nice guys and stuff. They had this big idea to take back homeless outreach from left-wing groups or Christian groups or whatever, and put it in the hands of nationalism. They’ve got groups in Europe too, I think.”

NOP (Narodowe Odrodzenie Polski) is an extremely violent neo-Nazi group and there is growing concern in the UK over its violent activities.

In March, 31 Polish nationals were arrested in Liverpool when neo-Nazis attacked police and local people.

Its first public appearance was at the SDL’s anti-refugee demo in Alloa in March, alongside the National Front and other racist organisations. Members were also at the SDL’s Wishaw demo in April.

The symbol was used by the Nazis and has since been adopted by other neo-Nazi groups.

Scottish Dawn’s website has the header – “Blood and Soil” and “Defending our Country | Defending our People”.

It has adopted Alba Gu Bràth (“Scotland Forever” in Scottish Gaelic) as a slogan and members chant this at demonstrations.

‘John’ said that Scottish Dawn was influenced by Generation Identity which is a new pan-European nationalist movement for young people that disregards the “old fashioned skinhead”.

The group’s strategy is to target young nationalists and SNP supporters.

McKim said: “…a lot of the people that vote for the SNP, they are, more or less, ethno-nationalists… especially the kind of working-class kind of SNP supporter. I think instinctively it’s kind of ‘fuck England’ basically. Instinctively, that’s probably a good instinct. It’s been twisted into this like New World Order kind of ideology where everyone is Scottish. Scottish Dawn as an organisation, we’d like to, kind of get those SNP supporters and…”

‘John’ then said: “Take back nationalism.”

McKim added:”…turn them into what we want rather than what they want”.

Anyone deemed suitable is invited to volunteer at animal sanctuaries or to go camping, hiking or practice boxing.

The group also runs martial arts training camps and our reporter was invited to do litter picking in Edinburgh and volunteer at an animal sanctuary in the west of Scotland.

Scottish Dawn uses Telegram for communicating as they believe it to be secure and anonymous.

They also use Protonmail and Tutanota for encrypted emailing and McKim used 4Chan and 8Chan which are image-board sites that allow anonymous posting.

‘John’ said: “There will literally be fascists and communists fighting on the street…that’s how it was after the war in Germany (…) 1918 (…) factions (…) and we’re kind of working towards that. So that’s where the future is going in my eyes.”

In response to our investigation, anti-fascist groups called for action to be taken against Scottish Dawn.

Matthew Collins, of Hope Not Hate, said: “It’s been quite obvious since their proscription that National Action have simply been playing or giving lip-service to the ban.

“They continue to recruit, to stir up hatred and make plans for a violent race war. Scottish Dawn is one of a series of “regional” groups that NA believe can circumvent what they seem to feel was merely a ban on their name.

“The Home Secretary needs to enforce the law and look to do more than just ban a name of a group. Scottish Dawn have been off for training camps – it is still simply a banned group operating with a new name.”

Unite Against Fascism said: “It is clear from even the short conversation that the people behind Scottish Dawn are hate filled Nazis. They combine classic hatred of Jews and the LGBTI community with more modern Islamophobia.

“With their casual references to associates who made pipe bombs in their bedrooms it is no wonder that their previous group National Action was proscribed as a terrorist organisation.

“The group might be small just now but they are working with the Scottish Defence League trying to build a movement and that makes them dangerous.

“Sadly but predictably the Scottish Dawn and the Scottish Defence League (SDL) are planning to try and profit from the atrocities in Manchester and London with a demonstration in Edinburgh on Sunday 25 June. I urge readers to join the Unite Against Fascism counter protest against them: Sunday June 25 1pm at Waverley Station, Edinburgh.”

Scottish Dawn did not respond to our requests for a comment.

When we contacted McKim by telephone, he cut our reporter off without commenting.

After emailing our questions, he later replied and said: “I have sought legal advice and will say that if you intend to print this unsupported trash then it is my intention to take legal action against whoever publishes it.”

David Coburn, leader of UKIP in Scotland, said: “I have lots of people stop me in the street on busses everywhere asking for selfies and I always oblige. I even have one with Jeremy Corbyn. Nice chap but sadly bewildered. Want a copy? As far as this bloke is concerned I have zero recollection of him. I meet many Young Independence members.

“They pay their membership like members of any political party and we know little about them till they do something fabulous or very silly. I never ever get drunk with anyone other than Nigel Farage and then not for many years. I am constantly in the public eye and I am not stupid.!!!

“I think this chap is grandstanding and blethering and I am surprised you are taking him remotely seriously. I am homosexual, speak Arabic and various other languages and I have spent my entire life fighting ignorance, racial and sexual intolerance. Print this crap and I will sue this individual, you and your organ? Have a nice day.”

This story was published in conjunction with the Daily Record.