On Orkney a revolution is under way, made of wind, sun and sea waves.

Fifteen kilometres off the north coast of Scotland, this archipelago of twenty islands has become the site of a turning point on energy that began forty years ago with some experimental projects on the production of renewable energy.

Orkney was once dependent on power produced by burning coal and gas on the Scottish mainland brought in through an undersea cable.

Today, the population of Orkney has ended its energy dependence. It is autonomous from mainland Scotland and produces more electricity than necessary, storing it and selling it back to the national grid. In 2017 Orkney produced 130.5 per cent of its electricity needs.

Storms hit the islands throughout the year. The land is flat and with few trees, swept by the wind. The rains knock down shacks, tear the tiles from roofs and can eat metres of coastline in one night.

Residents used to say that in Orkney “you don’t need an umbrella, you need a riot shield”.

Islanders have rethought how they can use their environment. Decades of experimentation on the production of energy from wind, solar and sea have guaranteed a constant energy flow that does not originate from invasive technology, but from the renewable resources of nature.

The experiments are carried out across the islands, on land and at sea, transforming parts of the landscape.

Orkney is dotted with high white and grey windmills that feed the life of the community. After the first experiments in the 1980s, inhabitants began to invest in small and medium-sized wind turbines for their farms or gardens, to make themselves self-sufficient.

The wind farms are owned by the community and generate energy for local villages. Electric charging stations are larger than petrol pumps. Devices that can transform wave and tidal energy into electricity are tested in the water and on the seabed. 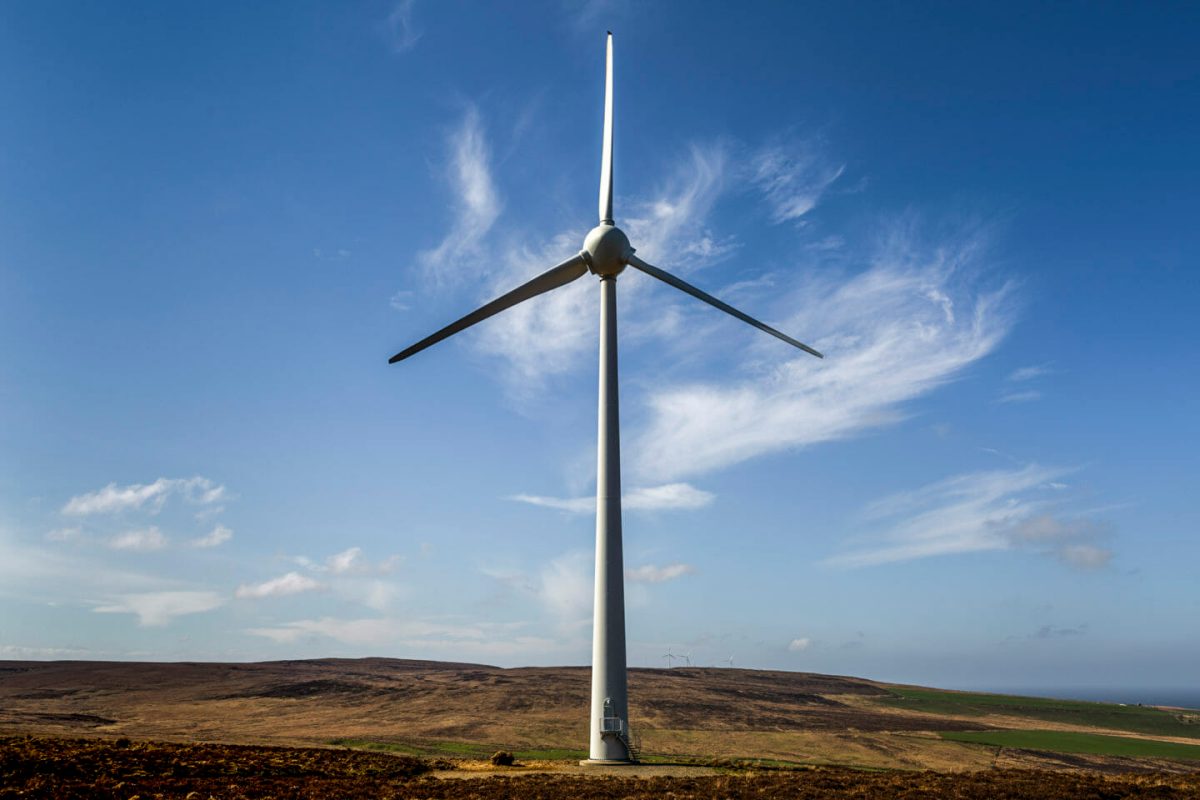 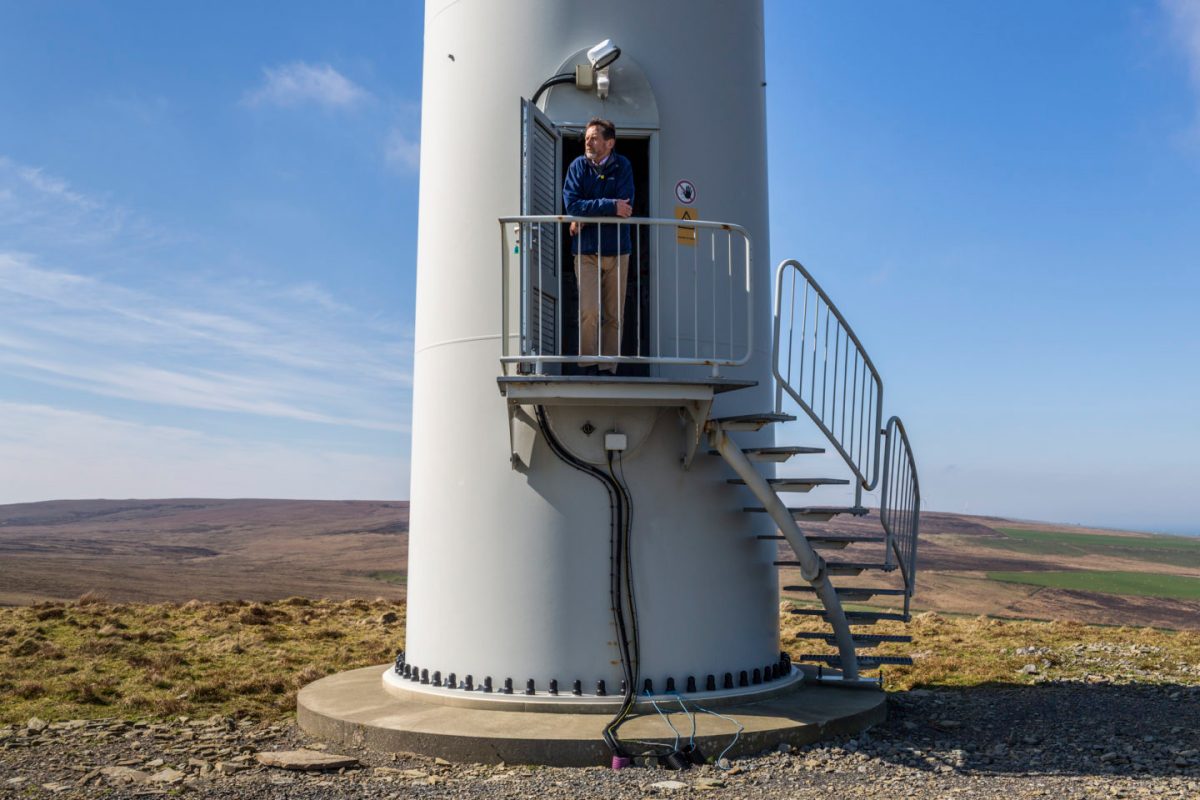 The Burgar Hill wind energy project began as a research site in the early 1980s, and over the last three decades has seen a variety of wind turbines installed, originally for research purposes and latterly for commercial generation.

Richard Gauld has had major roles in a range of important renewable energy projects over the last three decades. “The success of wind energy in Orkney has been down the vision of the original development teams, along with the support of the community,” he said.

With over 500 domestic scale wind turbines, Orkney is home to the highest concentration of small and micro wind turbines in the UK. 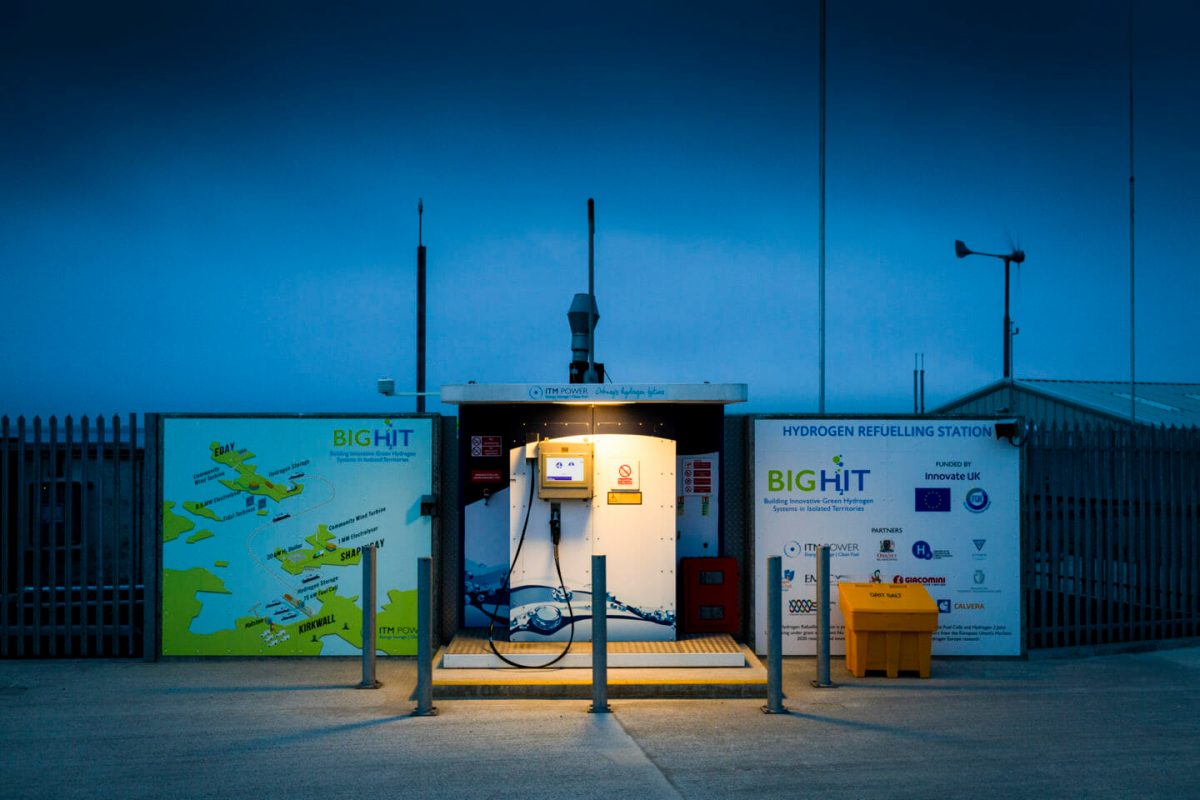 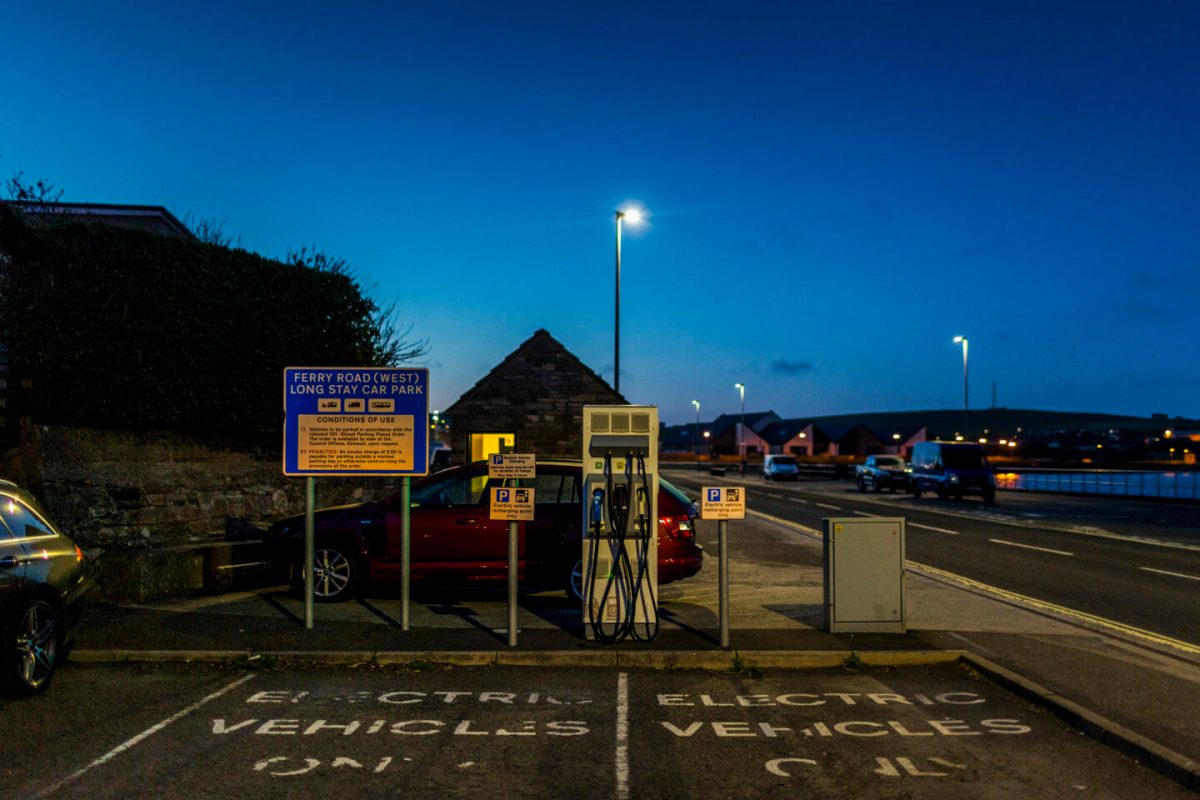 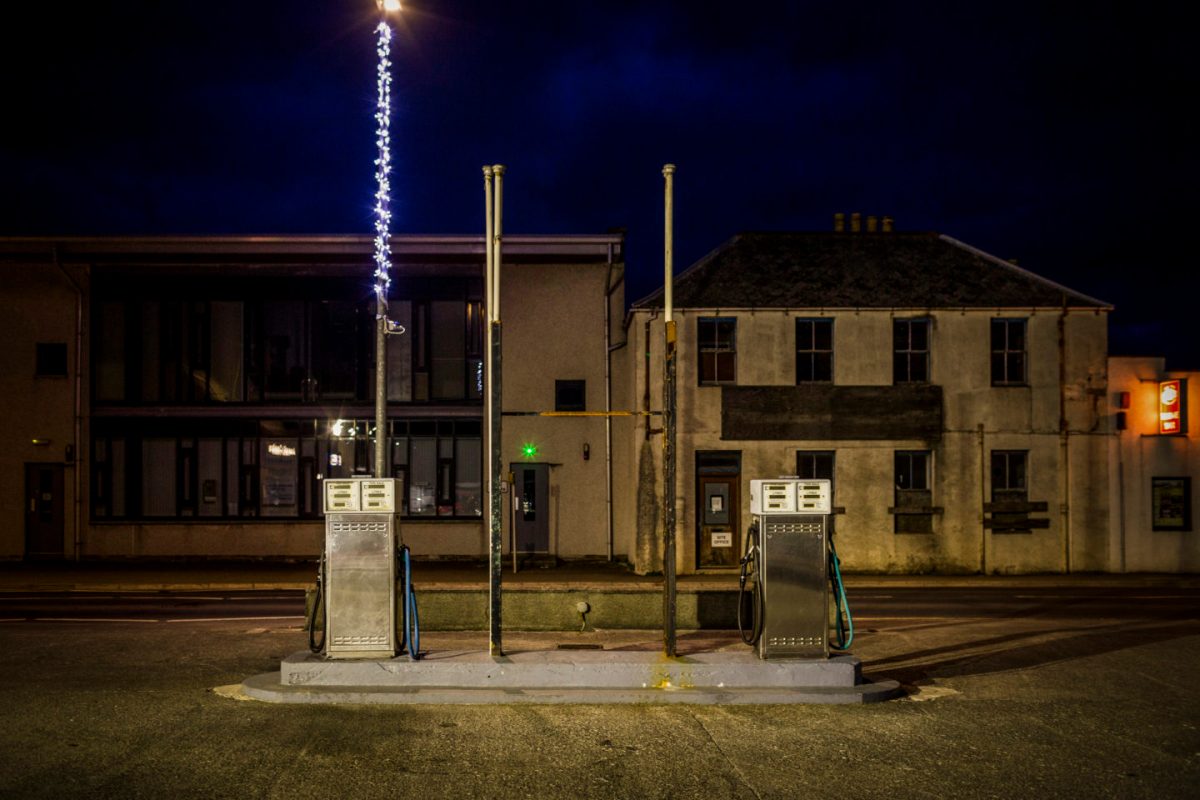 Renewable electricity generated on the islands of Eday and Shapinsay is used by electrolysers to produce hydrogen which can then be used as a clean energy vector to store and use valuable energy for local applications.

The second-most populous town in Orkney, Stromness, has about 2,000 inhabitants.

This ancient Norse hamlet has become one of the most important centres of research for renewables in Europe. 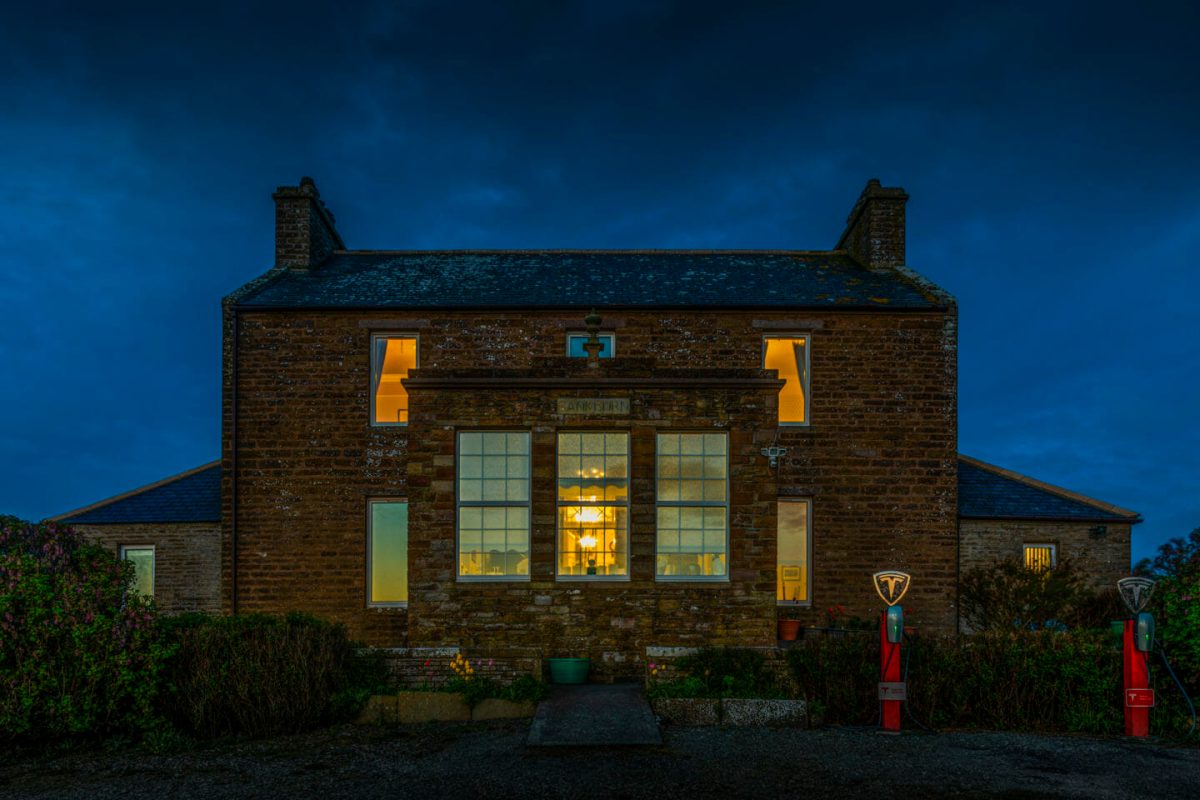 Owner Mick Frazier installed a Tesla charger station in the car park of his guesthouse which dates back to the early 1860s.

There are more electric car charge stations in Orkney than there are petrol stations, with a grid of 28 public and private charging points.

The OpenHydro Open Centre Turbine device generates renewable energy from tidal streams and was the first tidal turbine to be grid-connected in Scotland.

Approximately 18,000 tonnes of waste are dealt with by Orkney Council every year. The council is committed to achieving the Scottish Government recycling targets of 70 per cent by 2025. 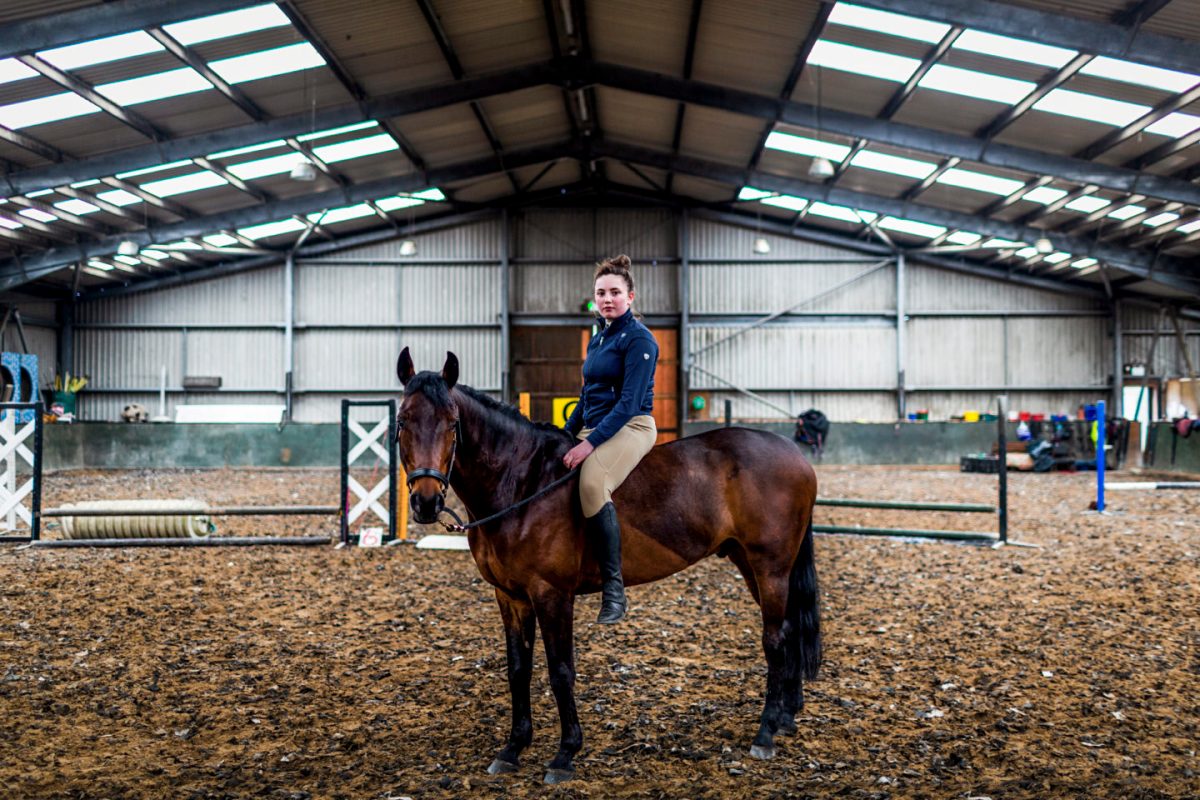 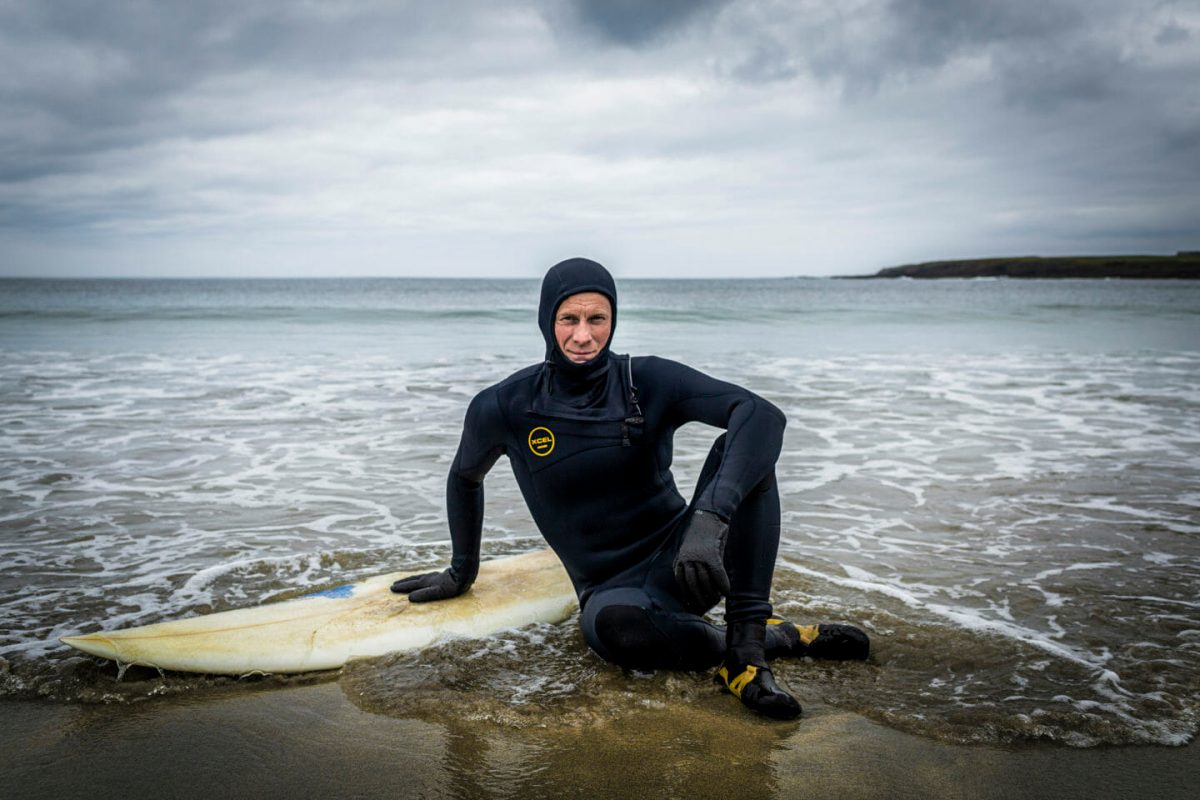 “The ocean is the source of life we have to start treating it like it’s our own house and not litter or pollute the greatest source of life on the planet”, Kevin said.

“It does require us to all make fundamental changes to how we live… We have to strive to be more economical with the energies we produce and we simply have to make all the energies we use as clean and renewable as possible”. 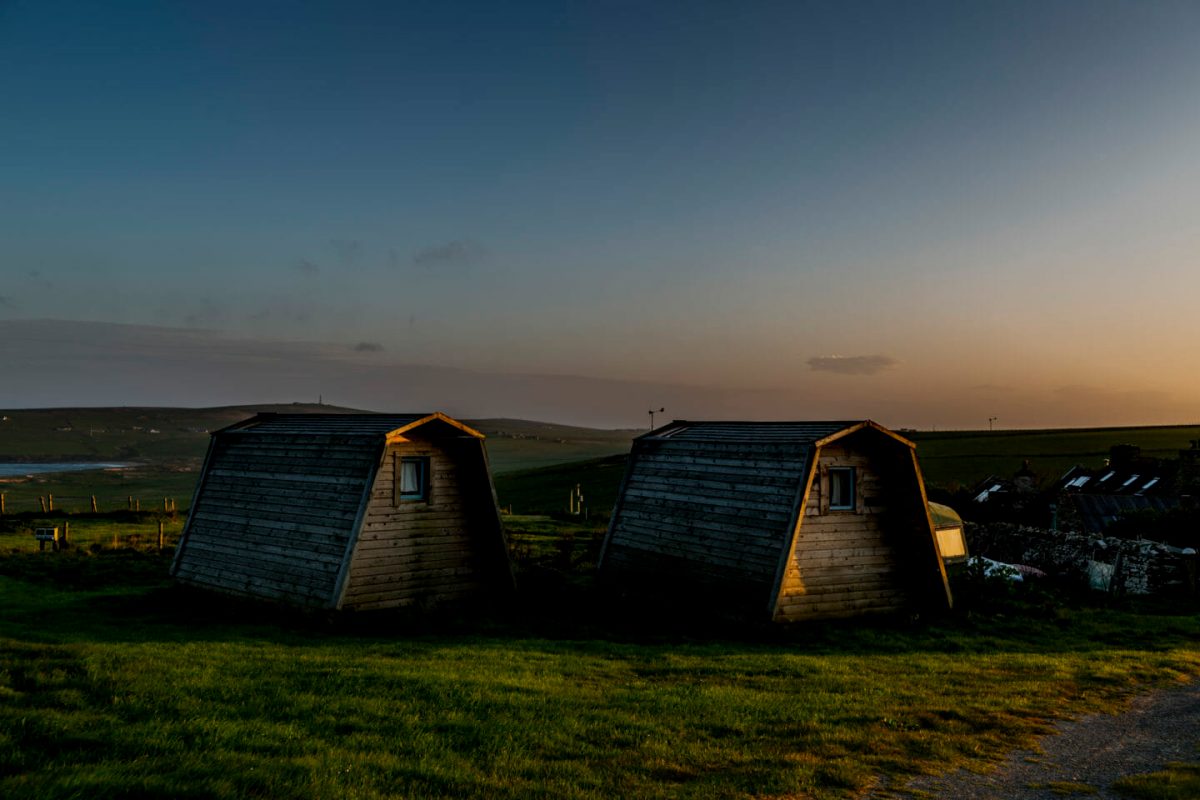 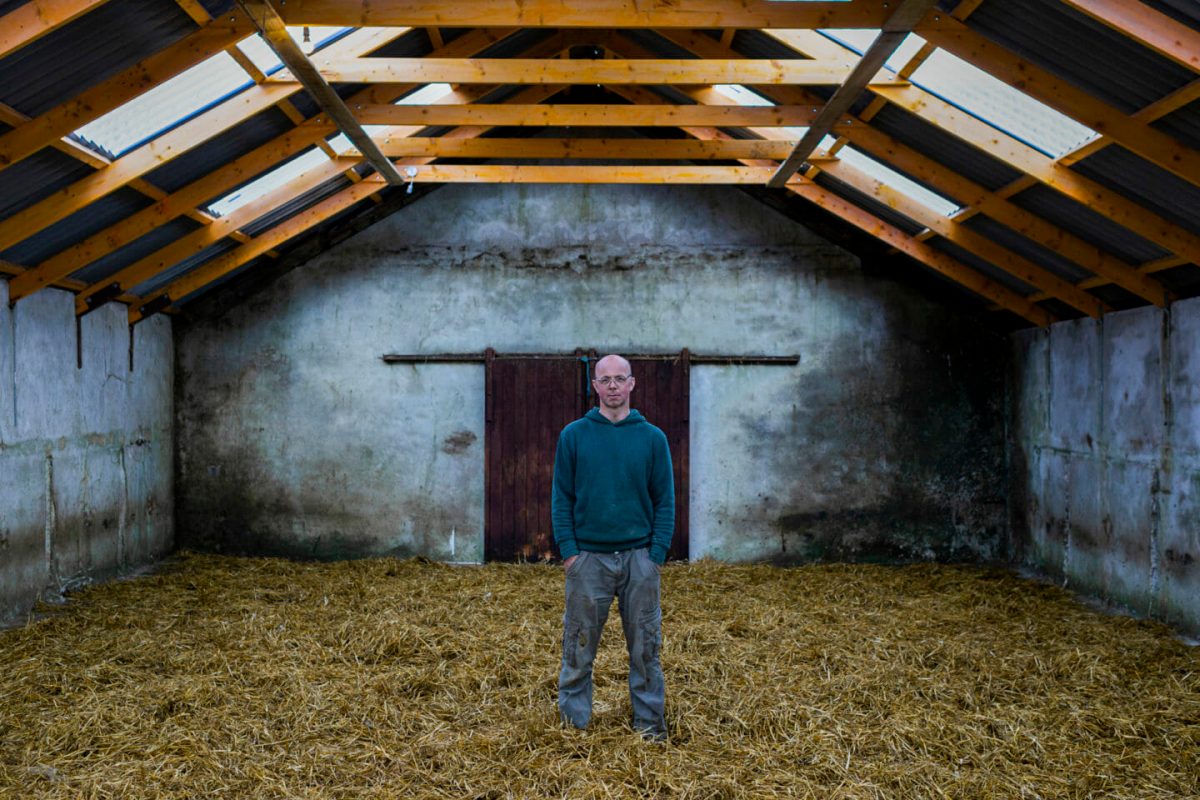 Alister Donaldson, 46, is a farmer in Hobbister. “My house and my two farms are powered by two wind turbines. I have been independent of the grid for more than ten years”.

With one in 12 Orcadian households generating voltage from renewable sources, Orkney has the highest proportion of households making their own electricity of anywhere in the UK. 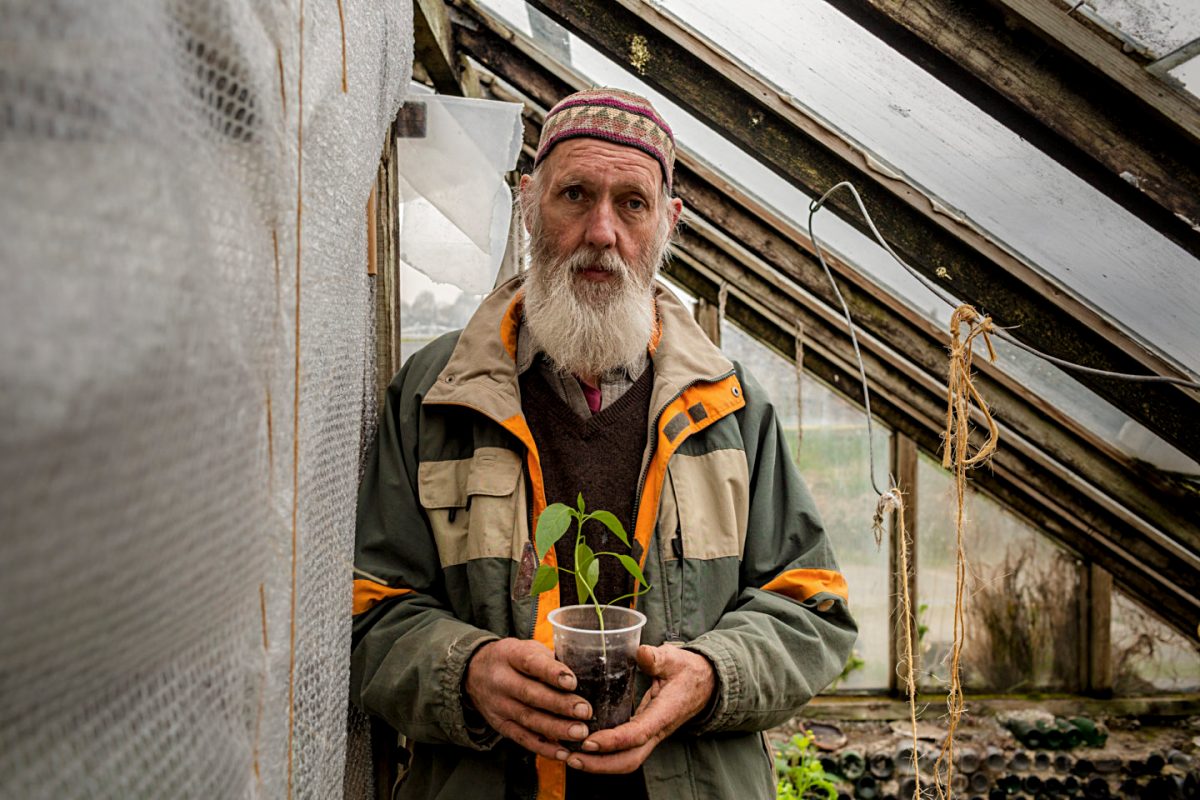 Micheal Roberts, 69, a farmer in Eastside

“We’ve started investing in green energy in times when it did not have a high profile. Ours was made possible by the natural characteristics of the island, a landscape that is embraced by the wind and the waves,” he said.

“Now it seems the discourse on renewable energy sources is closer to the marketing logic of large stock markets than to the environmental needs of our dying planet. We fear that our islands, our landscape will be damaged by massive installations purely for business needs.”