Crisis in the cradle of civilisation

In September 2015, Scottish photojournalist Vikki McCraw travelled to the island of Lesvos, Greece.

Her trip followed the death of three year old Alan Kurdi who drowned after his family tried to reach the Greek island of Kos from Turkey, as refugees.

The death of Alan, a Kurd from Kobane, Syria, made global headlines after the boy’s body was washed up on a beach before being carried away.

At the time of McCraw’s trip, the number of refugee boats was peaking and she wanted to know about the story of mass migration unfolding within Europe.

All day, boats would arrive along the coast,
between Molyvos and Skala Sykaminea,
upwards of 50 each day.

The orange rubber dingys carrying refugees were
designed to hold around 10 people, yet smugglers operating
on the Turkish coast filled them with up to 50 souls.

Passengers were ordered to leave everything
except the most basic of belongings behind and
wear a life-vest – many of which were found
later to be mass-produced fakes.

There was no ‘captain’ and refugees quickly
realised they had to sail the boat themselves.
Anyone who protested was ordered onto the boat at gunpoint.

McCraw said that NGO support was still in its infancy with only a handful of volunteers from grassroots organisations operating in the area.

On arrival, refugees could either wait on transport by UNHCR buses, or walk the 50km journey to the city of Mytilene, where they would register, then board a ferry to the mainland.

Due to the sheer volume of people, there was a backlog in the registration process and many refugees had little option but to sleep on the streets. 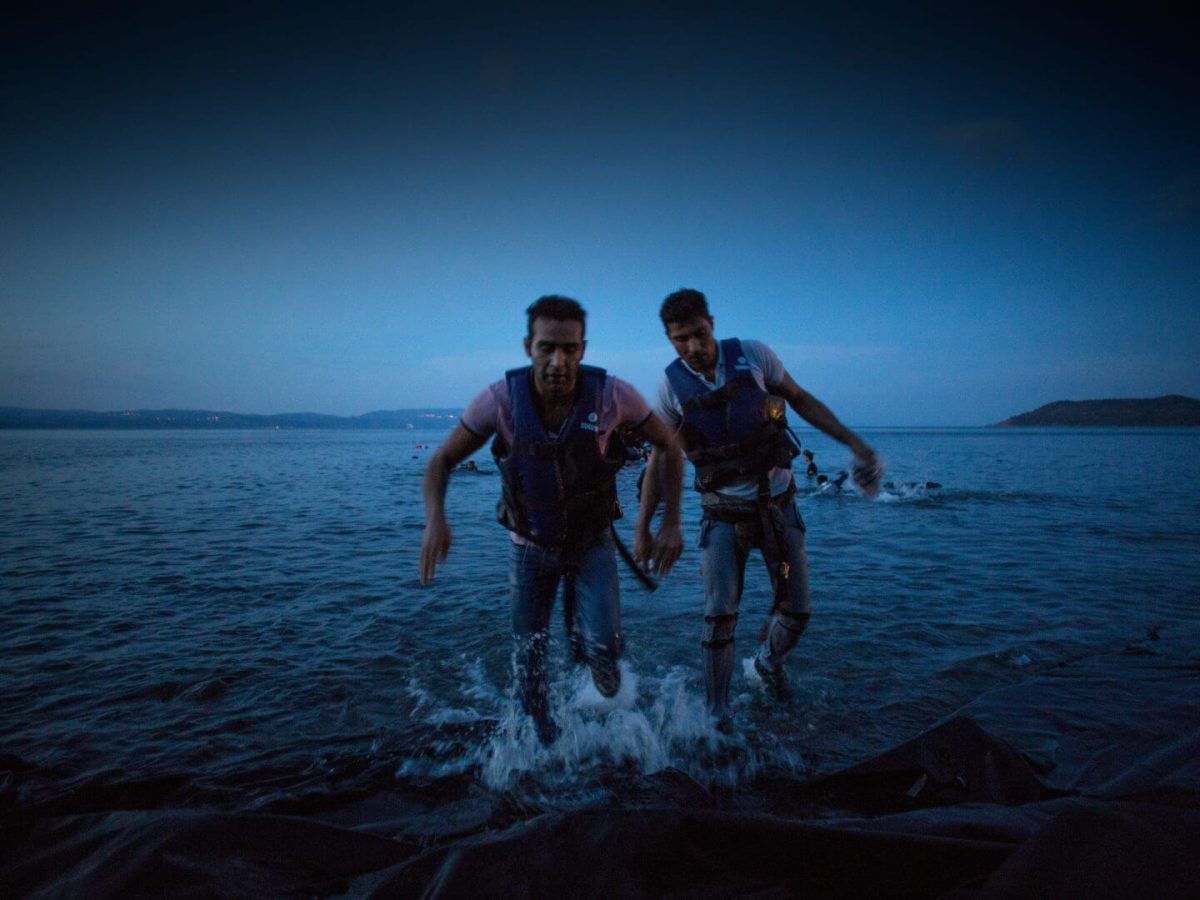 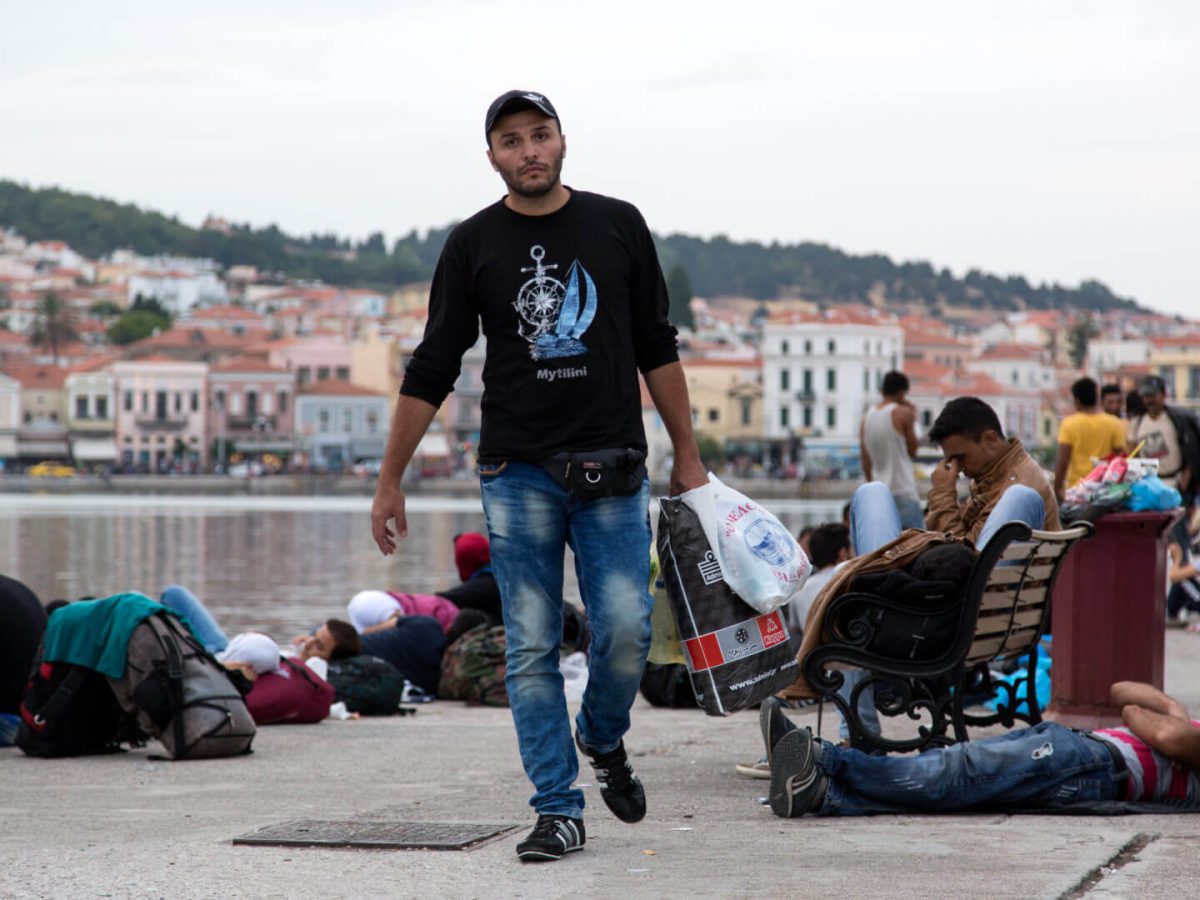 Priority for the refugee camps was given to families and those most at risk. With little or no belongings, ironically, the refugees would buy clean clothes from tourist shops.

The first refugee camp McCraw visited was Kara Tepe, a few kilometers from Mytilene.  It was set up to house Syrians although a few other nationalities were present.

The International Rescue Committee was committed to improving conditions in the camp such as toilets and showers, as well as trialing methods of charging mobile phones. In general, facilities seemed OK, McCraw said. 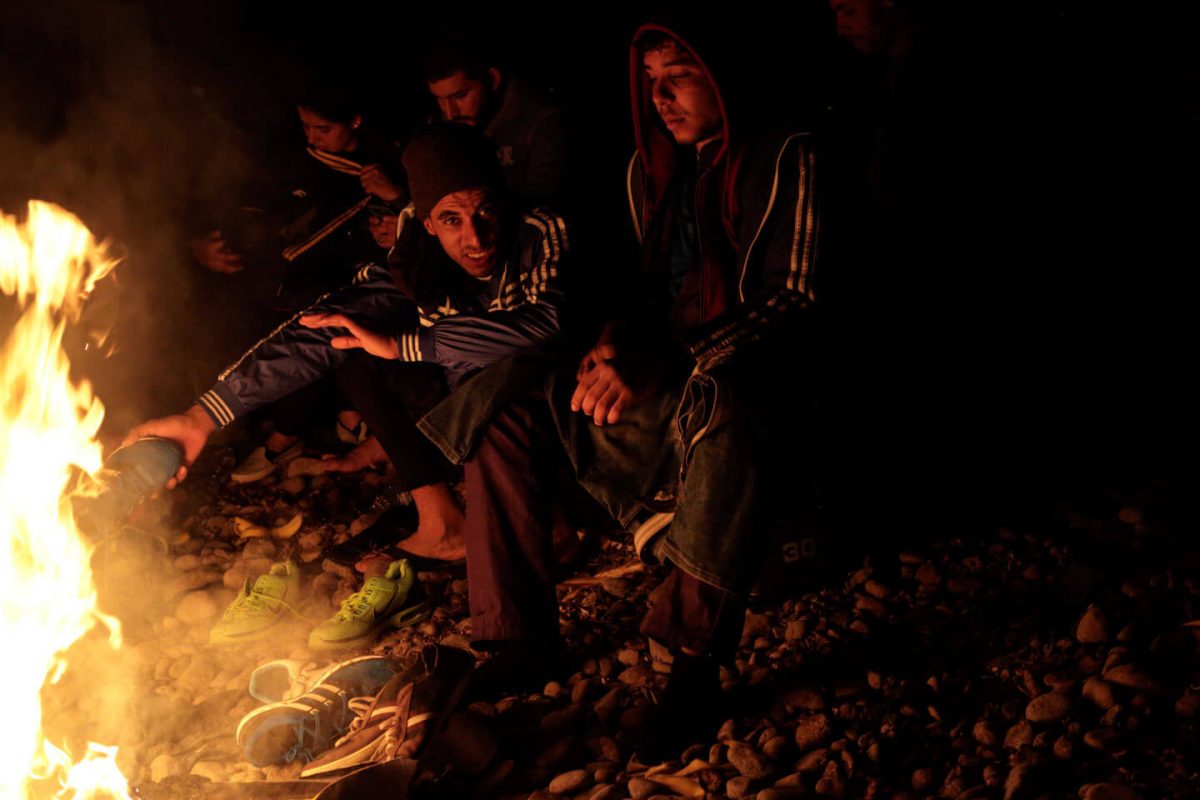 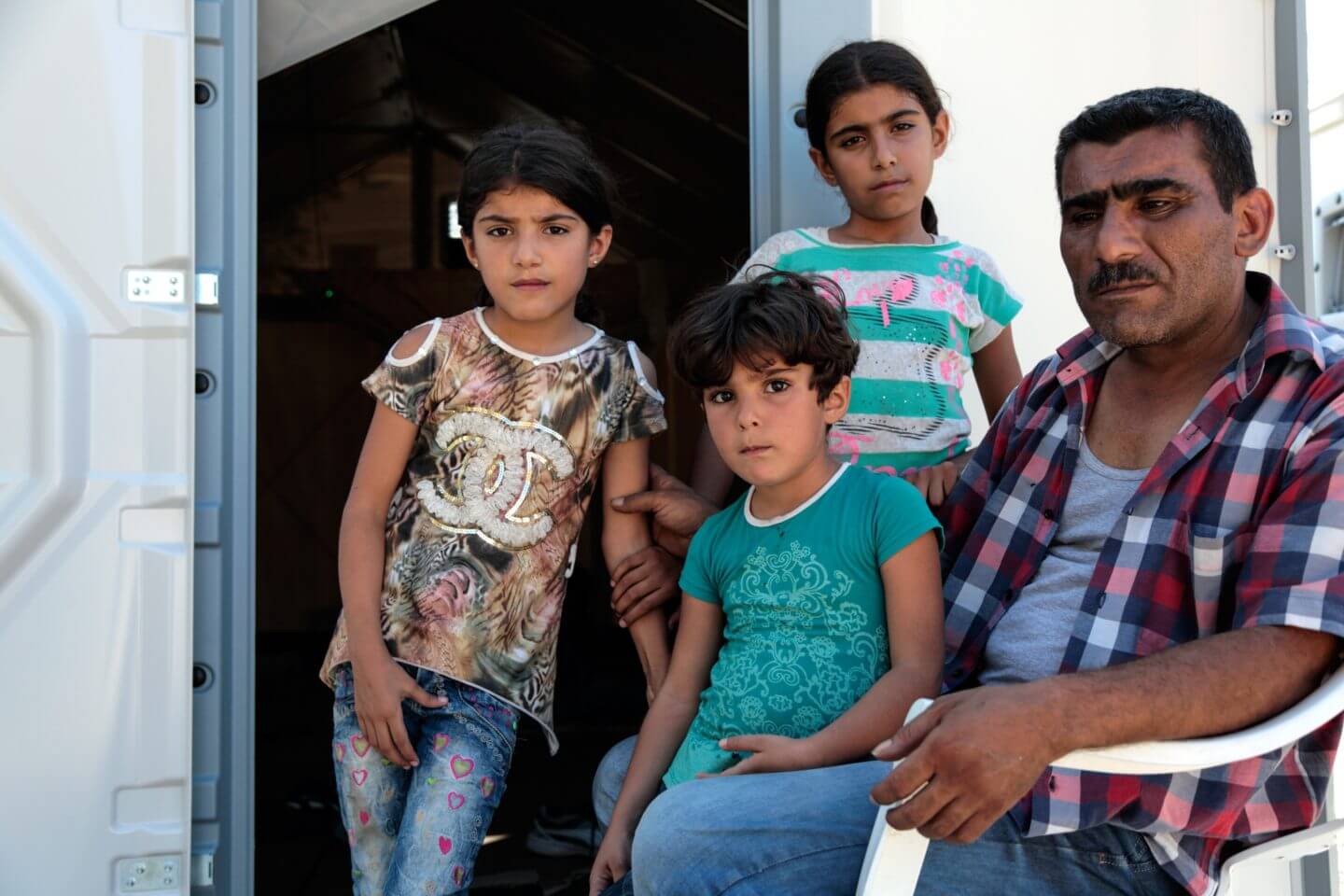 In stark contrast was Moria camp.  Located 18 km from Mytilene, it housed non-Syrians in a former detention centre, surrounded by high walls and barbed wire.

Accommodation inside was run by UNHCR, with priority given to those most at risk. Others were left to live rough on the hillside without access to the most basic facilities of toilets and running water.

Tensions outside the perimeter would often run high, and armed police guarded the entrance.  Photography was banned by officials. 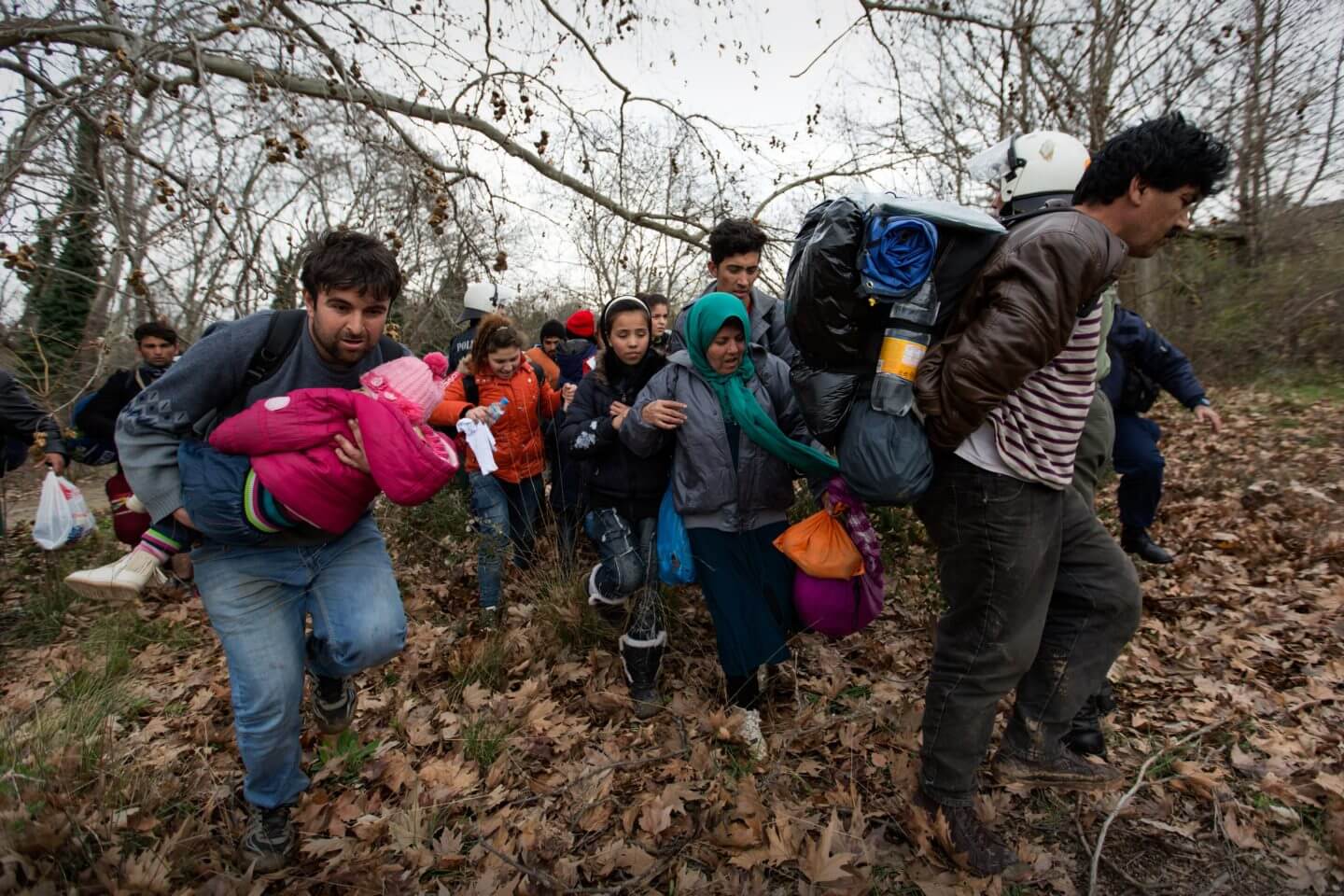 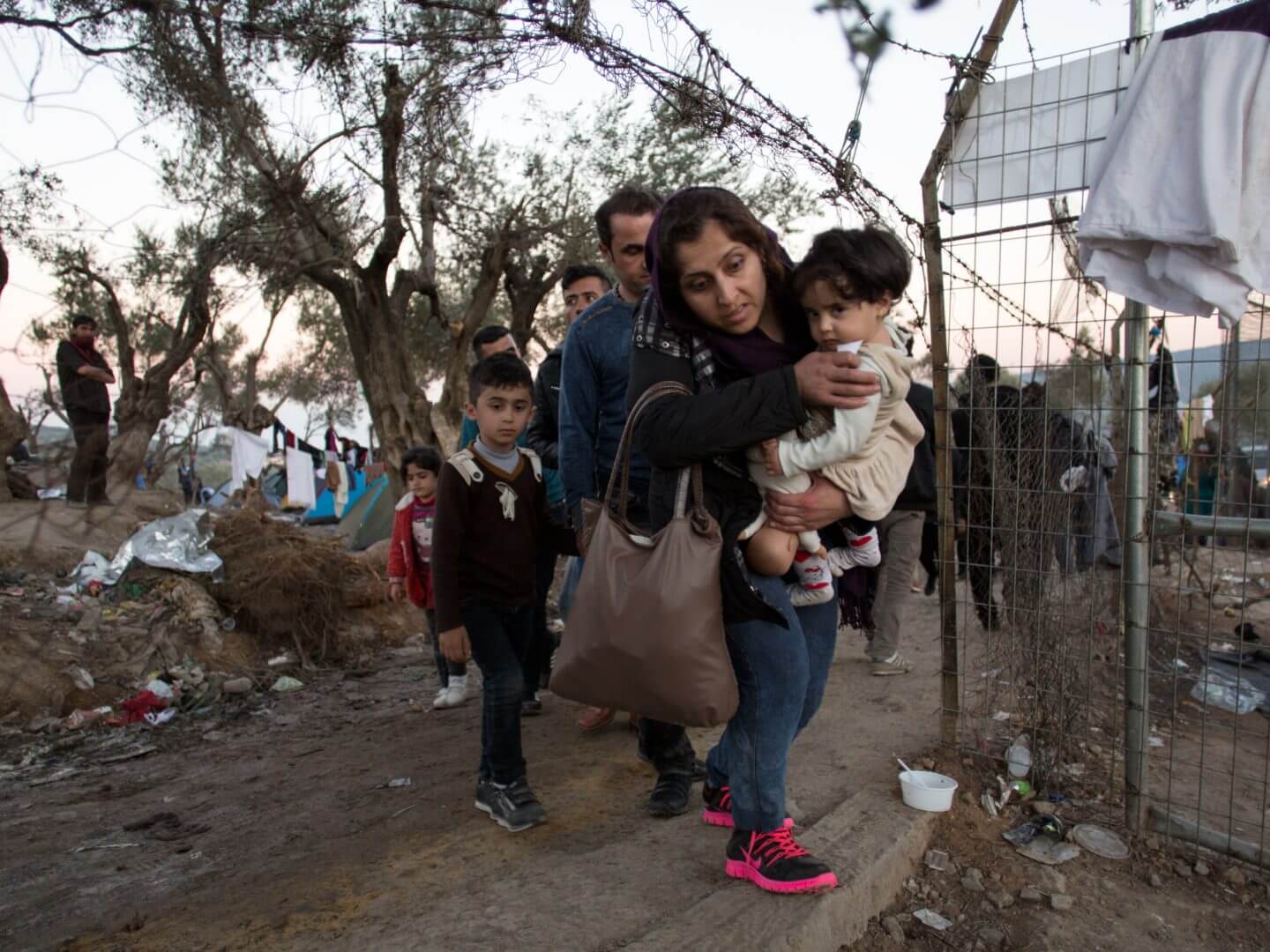 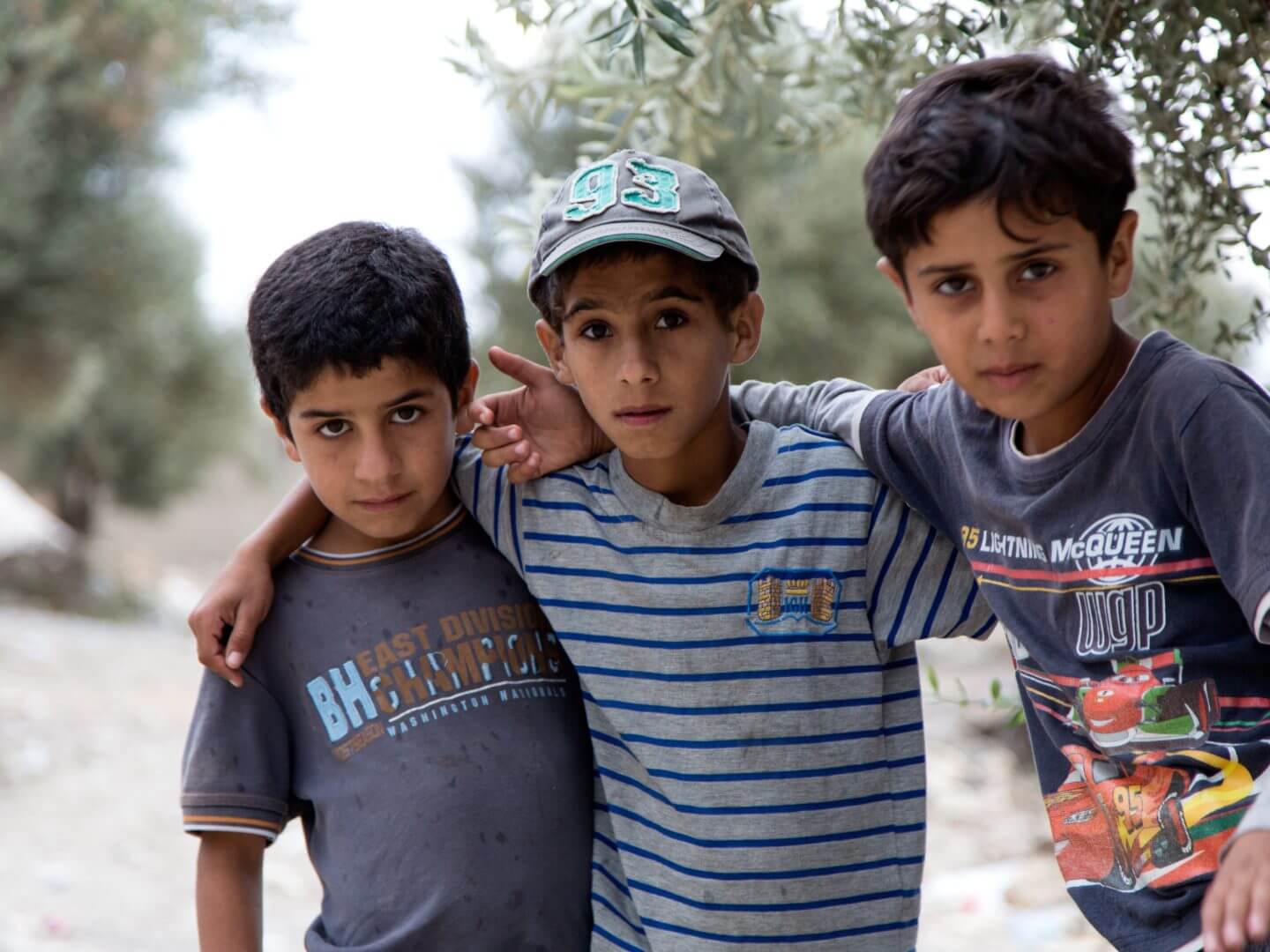 At the northwest of the island was Oxy camp, set up by independent NGO Starfish, born from Melinda and Theo’s Greek taverna, the first point refugees would reach when arriving at Molyvos harbour. Oxy ran like a well-oiled machine. 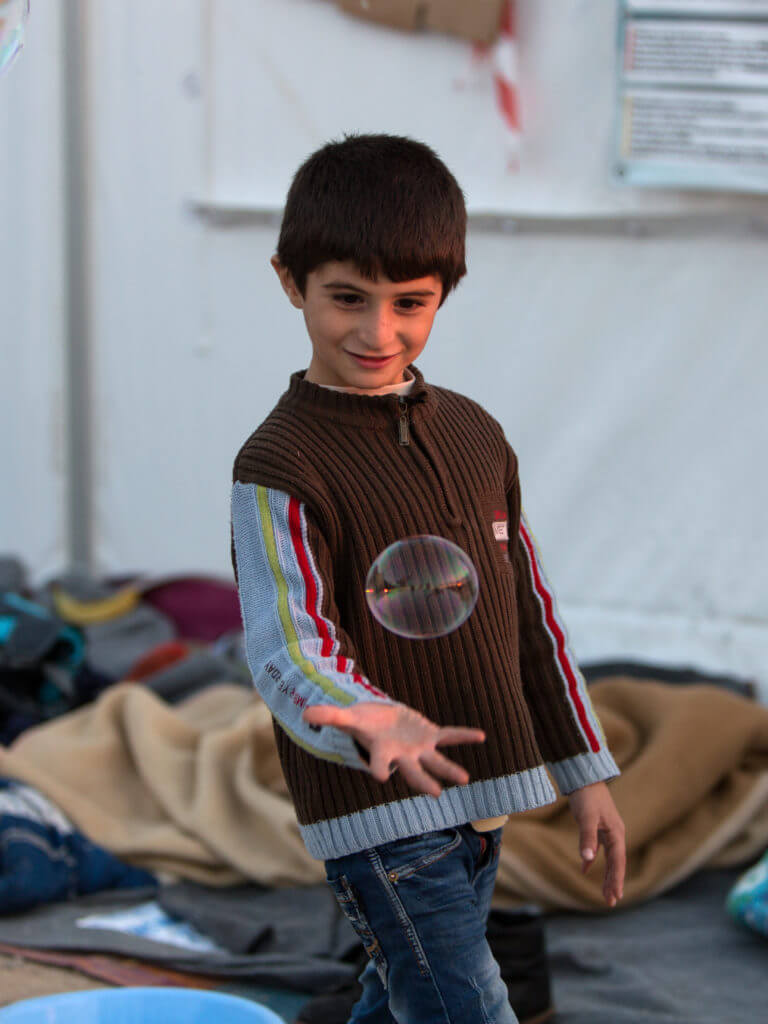 Victoria Square in Athens was notoriously occupied by those awaiting buses to take them to the FYROM (“the former Yugoslav Republic of Macedonia), or for whom their journey had come to an end because of their nationality or other issues, and without papers, were unable to work.

In January 2016, after so many deaths in the Mediterranean, a demonstration by local activists, councillors and others in solidarity, took place near the Turkish border in the towns of Alexandroupolis, Orestiada and Kastanies, calling for a safer, legal passage for refugees by land. 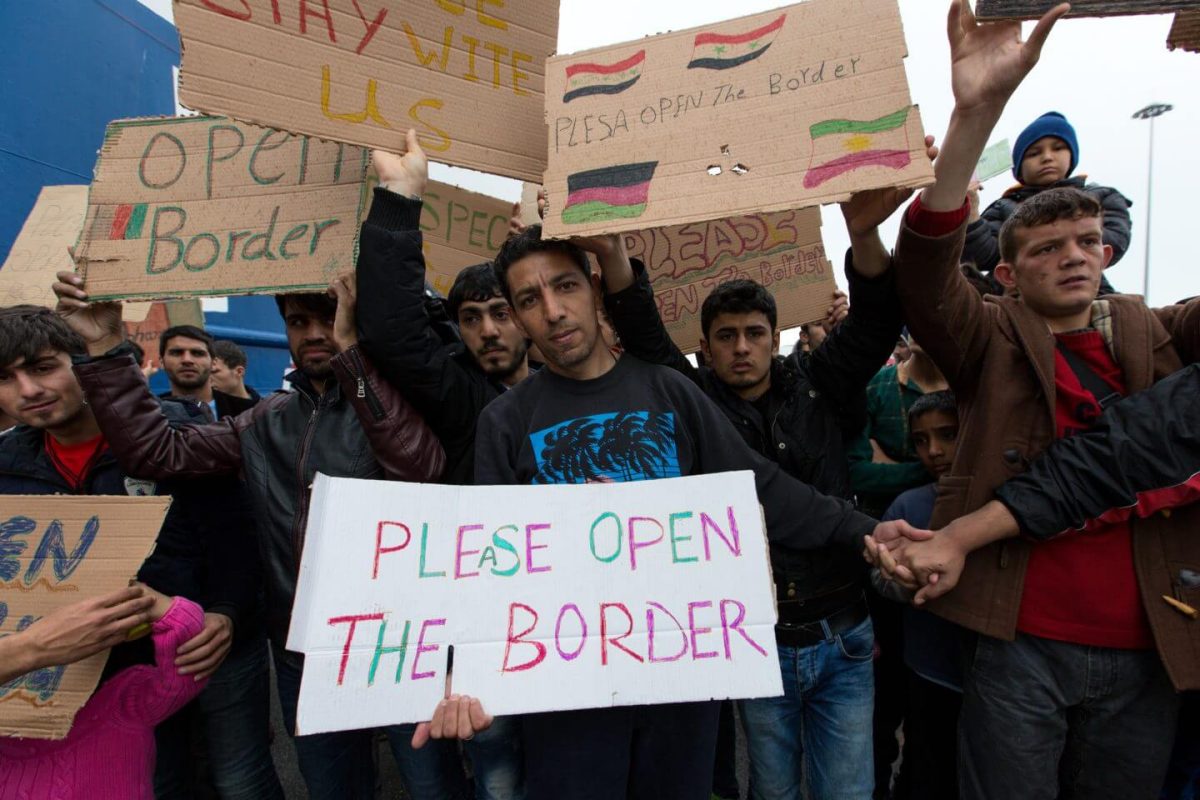 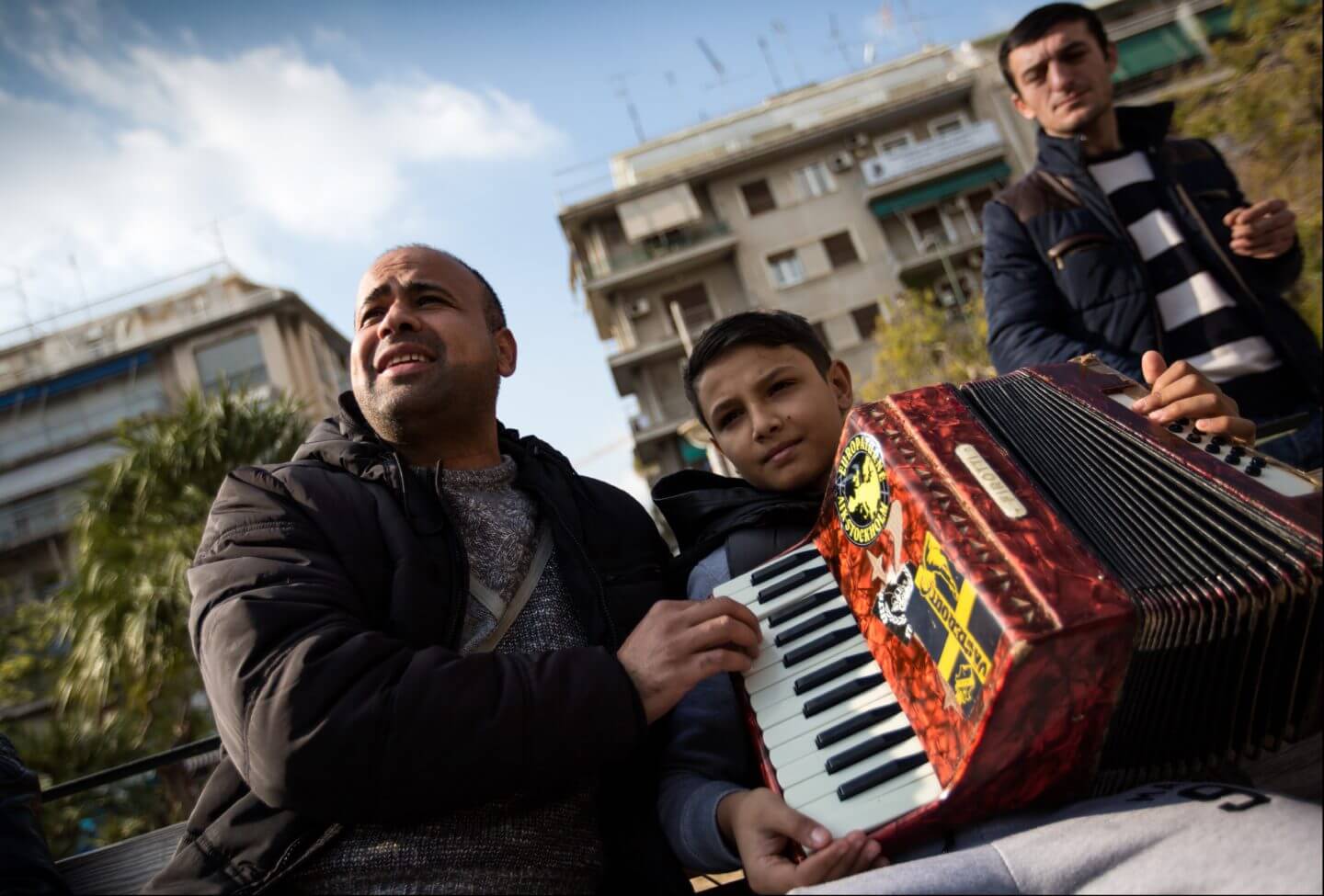 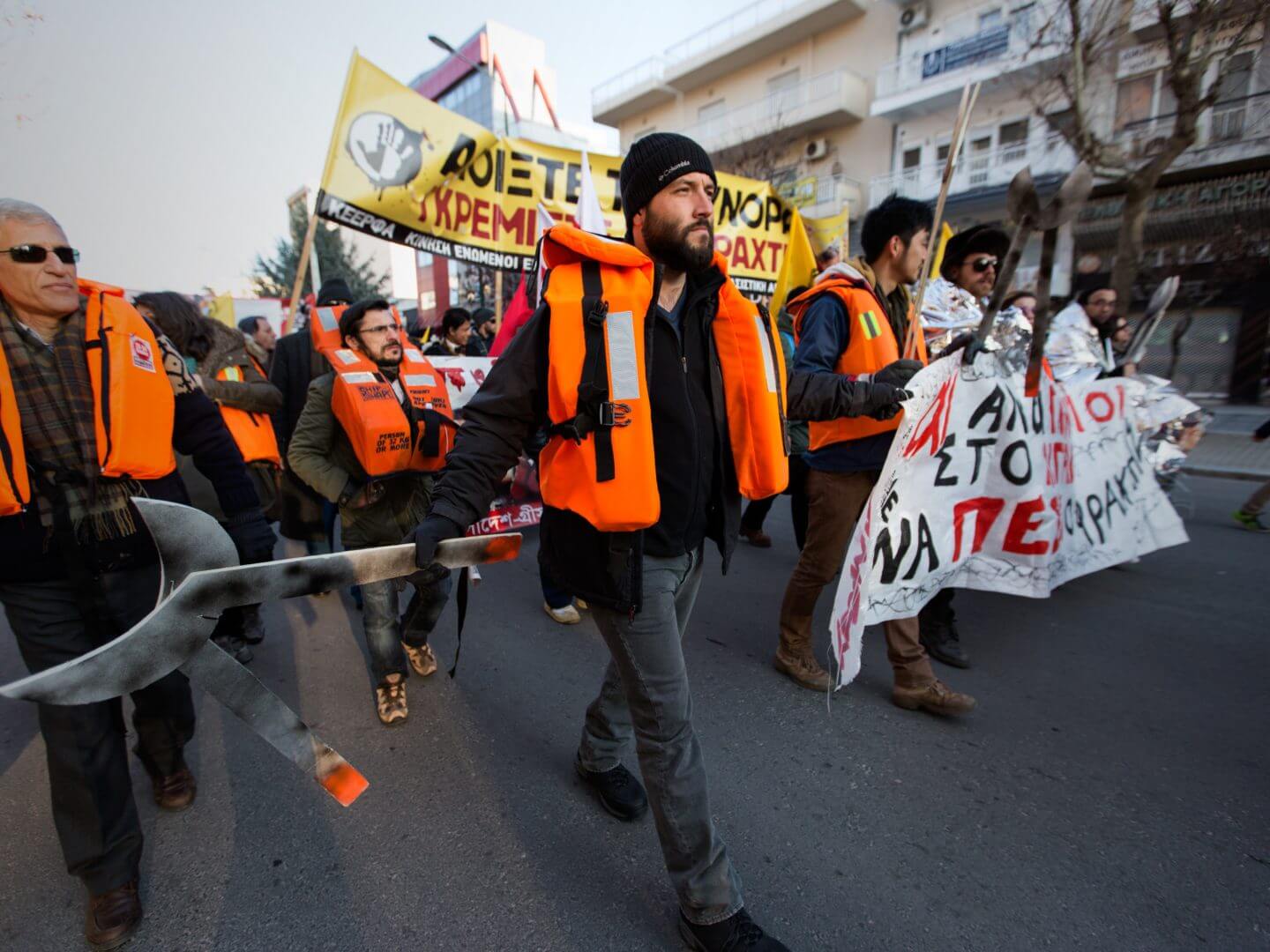 In March 2016, a crisis developed at Idomeni when the former Yugoslavian Republic of Macedonia closed its borders, but refugees continued to arrive on Lesvos and travel to the border.

Refugee buses initially backed up at nearby Polykastro petrol station, where an unofficial camp set up. Idomeni rapidly expanded, holding 12,000 refugees at a time of extreme bad weather.

Refugees set up tents right alongside the tracks where freight trains still run through the camp.  Facilities became unmanageable, and the camp was waterlogged.

Some newly arrived refugees were taken to the port of Piraeus, to ease the burden at the FYROM border.

On 14 March 2016, around 2000 refugees made a desperate break from Idomeni camp for the FYROM border.

The previous day, a leaflet written in Arabic was handed round the camp, describing a route 6 km away, across the Suva river to an area where no border fence existed.

The river was swollen after heavy rains, and three people died attempting the crossing the previous evening, ahead of the planned march.

Activists strung two ropes across the river, and helped people across. 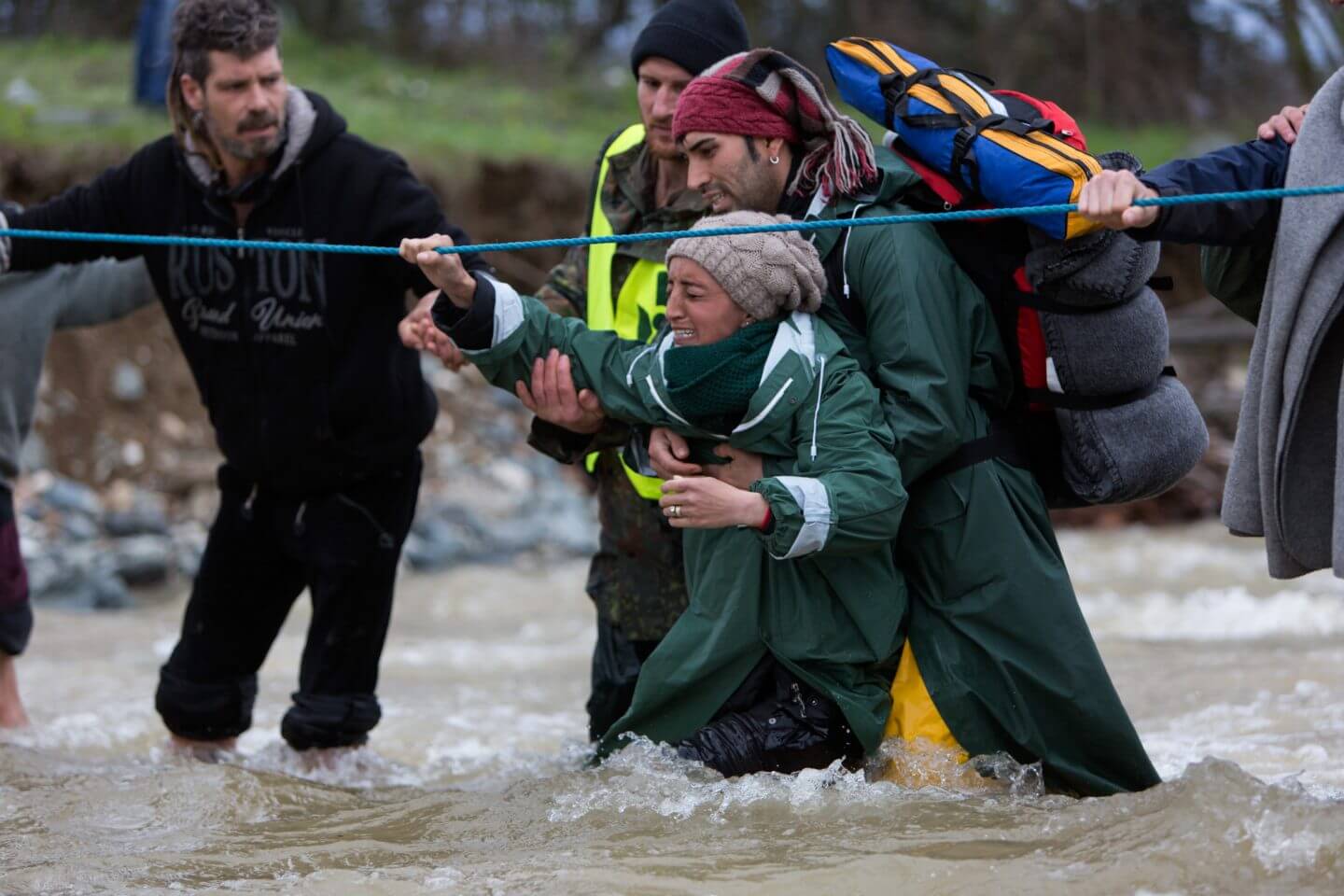 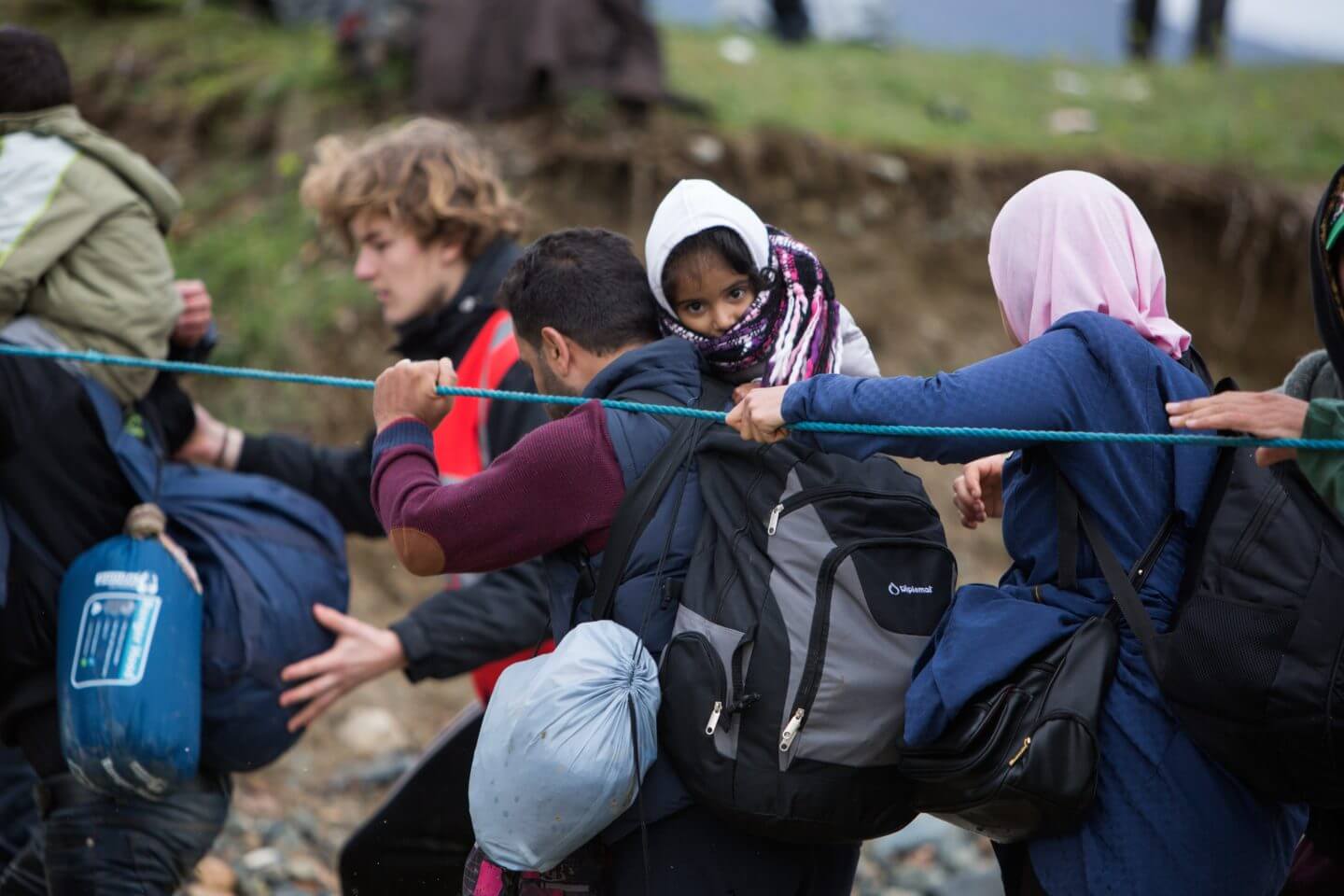 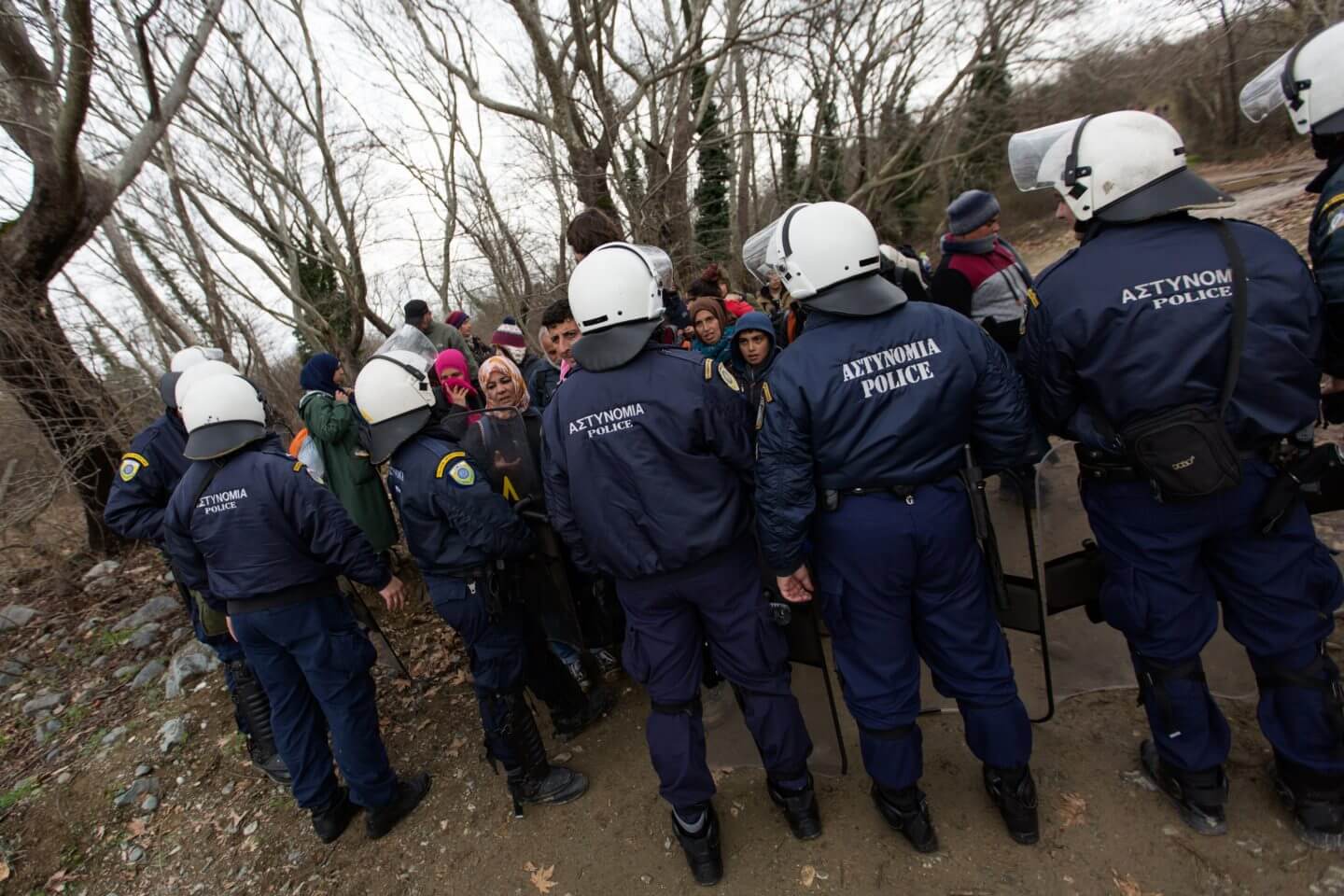 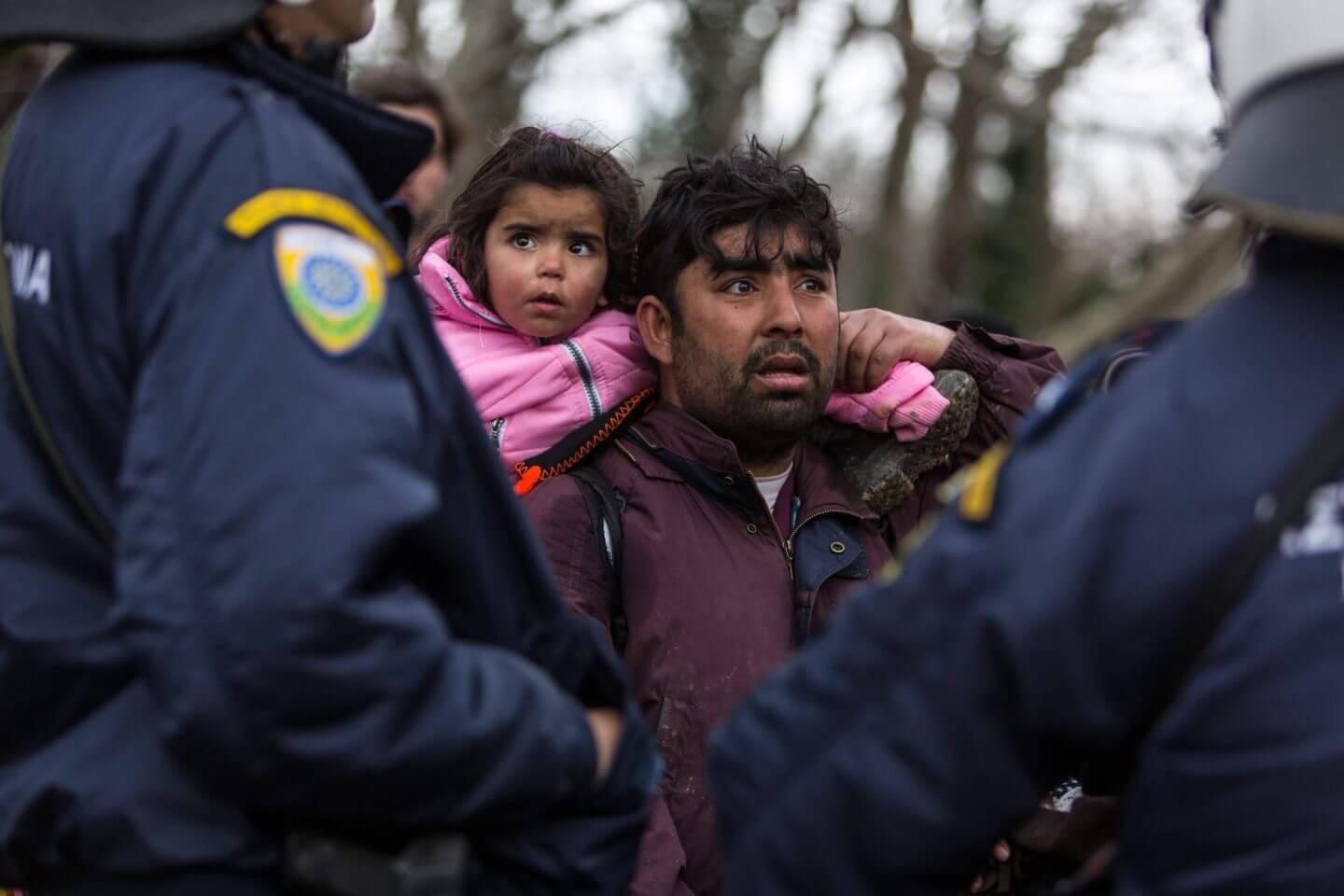 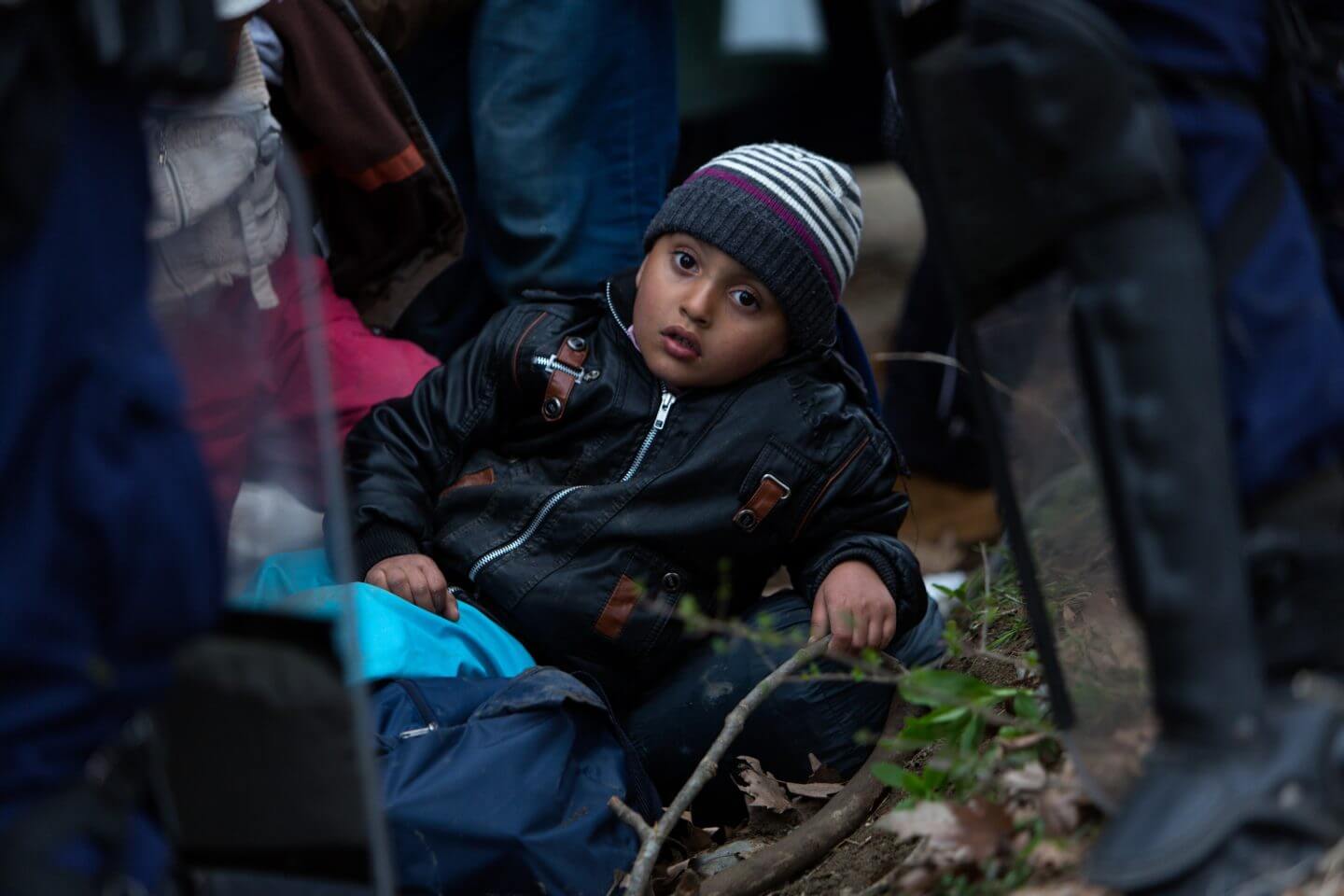 As word spread, police arrived and held refugees back in the woods, but would allow them to safely pass in small groups.

When they crossed into FYROM, they were surrounded by soldiers and eventually loaded onto trucks and returned to Idomeni camp.

A group of journalists were also arrested for crossing into the country illegally, but were later fined and released.

All photos by Vikki McCraw.